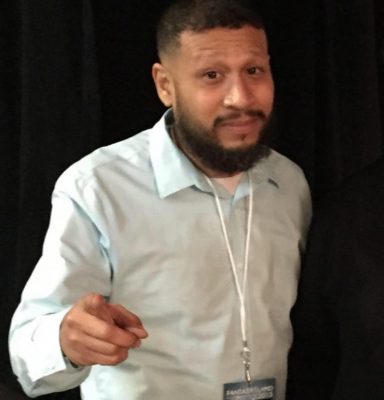 Matthew Gilliam is an award-winning short filmmaker that has shot, edited, directed and or produced dozens of film/video projects. He received a Bachelor of Arts from San Francisco State University's prestigious Cinema Department in 2005. Matthew is also a former intern for Fox40 news.

He has been writing, producing, directing and acting in film, TV, and video in Northern California since the nineties and has been mentioned or quoted in the Sacramento Bee, Sac Observer, Sacramento Examiner, Submerge Magazine and Movie Fanatic online.  Matthew has also appeared on Good Day Sacramento, News10, LiveWire, Street Talk and various other TV shows.

Matthew is also the creator and executive producer of SacTown Underground, a magazine-style tv show that showcases people, places and events in Sacramento.

​In 2018 Matthew was appointed to the Sacramento Metropolitan Arts Commission where he advocated for greater opportunities for artists in and around Sacramento until the Commission disbanded in December 2019.

Matthew is currently available for production or consulting on your project.