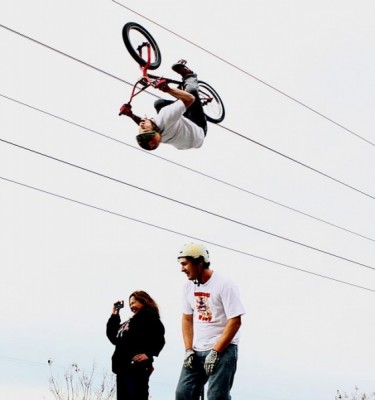 The Cap City Action Sports Team was founded in April 2007 by Rick De Laney to fulfill a need for an action sports performance team in the Northern California area. In the entertainment and performance field, there were no extreme sports performers to convey important messages, motivate people, and at the same time, provide a high energy, entertaining show that would connect with people of all ages.

The Cap City Action Sports Team started off by performing BMX flatland stunts, a form of freestyle riding where all the tricks are done on the ground without the use of ramps or other props, then progressed in the span of less than a year to include BMX ramp stunts and skateboarding.

The company has a totally portable ramp system and several PA systems to be able to do several venues at the same time. In addition, the group has satellite teams in Southern California, Texas, Arkansas, North Carolina, Pennsylvania, The UK, France, Spain, Germany. The majority of venues are schools and children, extra-curricular groups in which the Cap City Action Sports Team performs and promotes a positive lifestyle with a variety of messages such as, say no to drugs, anti-bullying, motivation, and personal achievement.