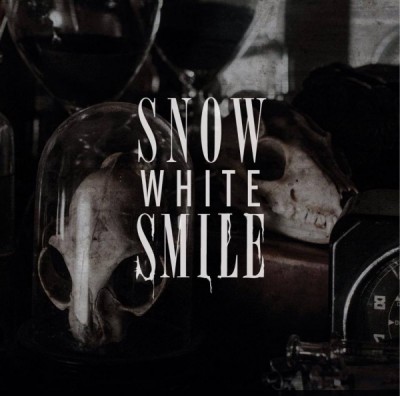 The well-oiled machine that is rock/alt/industrial act Snow White Smile was founded by frontman David Wright (best known for his work with Savi0r and Anguidara), who envisioned forming a project different than anything the seasoned musician has done before. With years of experience under his belt as a singer/songwriter and drummer for other projects, the multitalented frontman decided to get back behind the mic once again in early 2013. Armed with an arsenal of half-finished songs he composed, Wright called upon the talents of a few long-time friends to complete the project as a full band. Snow White Smile was officially a functioning, full-fledged rock band as of Spring 2013. Wright’s vision was complete.

With March 2014 came the release of Snow White Smile’s self-titled full length debut album, which was warmly received by listeners. Haunting electronic synth lines wind through 10 solid tracks like a serpent, weaving an eerie - and, often times, catchy - melody between each note, adding a unique element to Snow White Smile’s prominent rock sound. Wright’s vocal style ranges from impassioned melodic crooning to intense, kick-you-in-the-gut screams; coupled with sincere, personal lyrics and a relatable message, Wright manages to strike a perfect balance between harshness and singable hooks and slips between the two with ease. Crunchy guitar riffs tear through and drive powerful tracks “Past Actions” and “SEOS,” with deliciously heavy bass lines punctuating the ridiculously catchy, danceable “Close To Me” and “Obsession.” A refreshing mix of distorted electronic and conventional acoustic drum lines provide a firm back bone for each song, sending listeners on an adrenaline-filled and gripping journey from start to finish.

Listeners seeking bold, fresh rock music have not been disappointed.