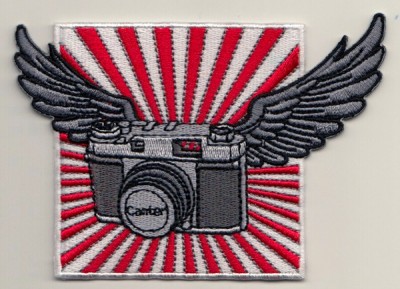 Jay Canter has lived in Sacramento basically his entire life. Besides traveling and living abroad the City of Sacramento has been his home. Jay got into photography at a very early age as his family would do yearly trips to the Smithsonian in Washington, D.C. to keep him out of trouble and to keep his hands off of the dinosaurs and other priceless art, his parents gave him a camera and had him be the family picture taker while on trips.

Fast forward about 10 years to when Jay was 16 and started to drive, he combined his love for motorsports and photography. He would go to any car event to shoot photos. Eventually a few magazine editors saw him every weekend and asked to see some of his work. The rest is really history. He started shooting for magazines and early era websites before the age of 17. Now 20 years later, he has worked for countless automotive clients, magazines, ad agencies, and major race teams. Jay had an automotive book published back in 2007, Tuner Car Field Guide. In the works right this second is a 20th anniversary coffee table book which will hopefully be available towards the end of the 2015 year.

Along with the automotive photography, he has many other photographic passions. He loves food not only to cook but to photograph. He has been fortunate to travel quite a bit and photograph tons of beautiful places all over. If you are in Carmichael, you can go visit the new wing of Mercy San Juan Hospital to see about 40 of his pieces on permanent display. Fashion photography is another one of his passions as he was helping run a clothing company for a few years doing all the photography and media duties.

Finally, Jay also finds inspiration from his wife, whom he married just last November. He never thought he could have someone who supports him as much as she does. She spent over 10 years in the US Army helping defend this and other countries in which he is more than greatful for!