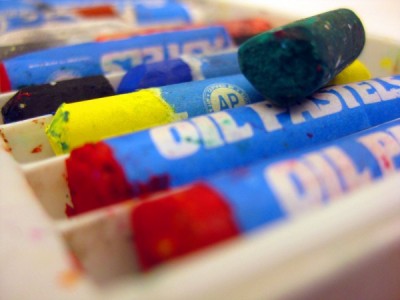 Rufus Chalmers is a prize-winning pastel artist specializing in portraits of people engaged in their ordinary pursuits. His most recent series in blacks, whites and grays depicts famous American jazz artists in the act of making the music which has thrilled and transported millions.

Rufus is originally from North Carolina but spent most of his adult life in New York City. As a child he largely drew cowboys and Indians, using pen and pencil. As a young man in London, Rufus had the chance to attend art school but chose not to take the opportunity. While he has always had a passion for art, it wasn’t until he retired from business and moved to the Central Coast of California in 2003 that he was able to pursue his talent full time.

Traveling in New Orleans, Rufus watched an artist using black, white, and grey pastels to create art reflecting the New Orleans jazz scene. Inspired to try the technique, Rufus went on to create the soulful portrayals that he produces today. Largely self-taught, Rufus has captivated many, and continues to experiment with his technique and style.