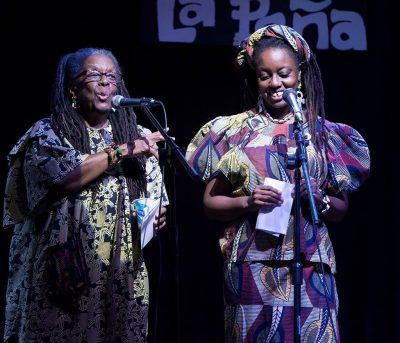 Dr. V.S. Chochezi and Staajabu also known as Straight Out Scribes have published and performed their original poetry at numerous venues in California and nationally. They have published 7 books of poetry, one Sci-fi Anthology and two CD compilations. They have also produced and coordinated a number of poetry and art related programs in Sacramento since they settled here in 1991. Often referred to as activist poets, they have lent their voices to such causes as the Campaign to Save the Life of Mumia Abu-Jamal, freedom for the MOVE 9, Leonard Peltier, and other political prisoners. They have supported environmental causes, GLBT rights and are members of ZICA Creative Arts and Literary Guild of Sacramento.

Dr. V.S. Chochezi was born in Riverside, CA and raised in Camden, NJ. She earned a BA from Delaware State College, an MA from CSUS Sacramento and a doctorate in Education from Drexel University in Sacramento. She is a writer, poet, editor, photojournalist, and college professor.