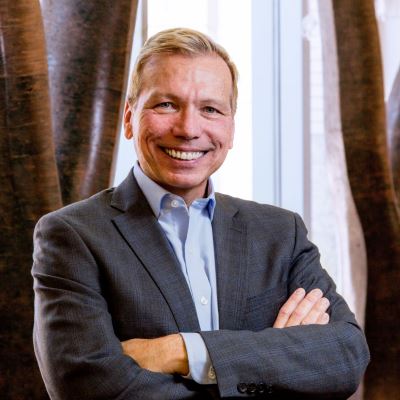 Jonathon Glus Featured Artist October 2017   October may be the month of frights and Halloween delights, but for those of us in the arts community, this month is all about celebrating another type of…

October may be the month of frights and Halloween delights, but for those of us in the arts community, this month is all about celebrating another type of spirit — the creative. Designated nationally as Arts and Humanities month, or simply, ARTober, this is the time of the year where the arts and cultural groups that define communities get the spotlight they so well deserve.

In recent months, Sacramento has renewed its commitment to supporting our local creative community. On June 14, Mayor Steinberg announced his grand vision to “ignite Sacramento’s arts and culture scene.” Part of his plan to do so was creating the new position, the Director of Cultural and Creative Economy. The role not only involves running the Sacramento Metropolitan Arts Commission but also working alongside Sacramento Regional Foundation, the City of Sacramento and Sacramento County to complete a new Cultural Plan, a roadmap aimed to assess our area’s cultural assets and to map the creative community’s vision for the future.

Filling the role is Indiana-born and former President and CEO of the Houston Arts Alliance, Jonathon Glus. Sacramento365 sat down with the lifelong arts advocate to learn why he seized this opportunity and how he intends to push Sacramento to its creative edge.

Growing Up with Art

Becoming a champion for the arts is what Jonathon Glus was born to do. (No, really.) Arts was ingrained in all facets of his life, even in the burbs of Fort Wayne, Indiana. Born to artistically-inclined but corporately-tied mother and father, his parents immersed young Glus in the arts.

“Art was always a part of my life; it was unusual when I wasn’t around it. My father was a musician at heart and had dreams to open up a music store…and running a family band like The Partridge Family.”(Glus is glad that never came to fruition.) His mother, on the other hand, was more visual. “The walls in our house were always changing — she’d checkout drawings and artworks from our local library. You could do that back in the day. It was like we had a rotating art exhibit in our home.”

Summertime in Chicago and Washington DC opened his eyes to the many ways art could be experienced. “In Chicago, I’d ride my bike and stumble across outdoor festivals; one of my fondest memories was seeing the Israeli Ballet at Grant Park. In DC, you’d probably find me in a museum at the National Mall,” says Glus. Finding art “on his own terms” was transformative and ultimately led Glus to study and work in arts administration.

Before coming to Sacramento in July, Glus was the President and CEO of the Houston Arts Alliance, a nonprofit arts and culture agency that oversees public art commissions and grant funding in the Texas megacity. During his nine years in Houston, the organization diversified its budget through federal grants, carried out extensive cultural policy and research work, and finished its Arts and Cultural Plan.

Taking Sacramento to its Creative Edge

As Sacramento’s Director of Cultural and Creative Economy, Glus will be taking over as director of Sacramento Metropolitan Arts Commission (SMAC), the public agency devoted to supporting, promoting and advancing the arts in the region. (The position was previously filled by Shelly Willis.)

But that is only part of the gig.

The second half of his title, Creative Economy, makes Glus responsible for carrying out Mayor Steinberg’s grand vision to make Sacramento “an arts and cultural mecca.”

To refresh your memory, here’s the Mayor’s plan to ignite the local arts community:

Since arriving in Sacramento, Glus has been focusing his energy on the first point, the Cultural Plan. Long overdue — the last plan was completed 20 years ago — the Plan will assess our area’s cultural assets and map the community’s vision for the future in the areas of placemaking, arts education, cultural tourism, arts and culture funding, access and equity, neighborhood engagement, and support for artists and the for-profit creative economy.

The Plan, which is scheduled to be presented to City Council in 2018, will outline deliverables to strengthen the arts community over the next 5-7 years.

Coming up with those deliverables is a community effort. The Sacramento Metropolitan Arts Commission, Sacramento Regional Foundation, the City of Sacramento, and County of Sacramento, along with consultants, The Cultural Planning Group, are working together to guide the community-wide process for the Plan, dubbed the Creative Edge.

An apt name as Glus sees it: “There is a lot of energy here. Even in the few months of being here, I have noticed incredible changes within this city. Sacramento is definitely on the edge of the next iteration of what it could be.”

For the next four to five months, the community is invited to share their needs to sustain and elevate arts, culture, and the Creative Economy in the region, both on and offline.

Along with online surveys and a newly formed Creative Edge Facebook group, the Creative Edge initiative will hold community information sessions in every district so these honest conversations can be had.

The Creative Edge Launch in September was a clear sign that the creative community is more than ready to engage: “Creative Edge is giving us the opportunity to research and define our creative economy. We are trying to set the table so all that want to participate in this conversation can do so…and the response at the launch at CLARA Midtown was amazing. It was exactly the way it should’ve been. The room looked like Sacramento.”

While the results of Creative Edge will ultimately be decided by the creative community, Glus hopes that the process will push Sacramento to finally lay claim to its Capital reputation, but of course, with an artistic twist: “This is an opportunity for our community to be its very best now, and to set forth a vision of who we want to be in the future. The [region] is poised to be not just the Capital of the most creative state in the country, but a platform for the integration of innovation, technology and creativity that is a new model for the country, and one that amplifies California to the world.”

How can you be a part of the Creative Edge Process?

Want to join this conversation? Share your story, your ideas, and vision for Sacramento’s creative economy on social media and at these public events.

Share your input in the Creative Edge Community Survey

Email your thoughts to CreativeEdge@CityofSacramento.org