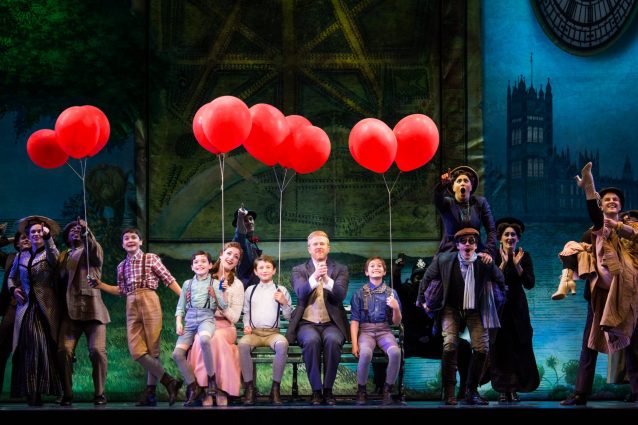 Fly Away to Finding Neverland

Sit back, relax, and for about two and a half hours, and be a kid where imagination is the rule, not the exception. Finding Neverland is based on the Academy Award-winning Miramax motion picture and…

Sit back, relax, and for about two and a half hours, and be a kid where imagination is the rule, not the exception.

Finding Neverland is based on the Academy Award-winning Miramax motion picture and the play The Man Who Was Peter Pan. It follows the relationship between J. (James), M. Barrie, and the family that inspired Peter Pan or “The Boy Who Wouldn’t Grow Up.”

The lead character, J.M. (played by Will Ray), is a successful playwright struggling to create his next hit for a demanding producer. He meets four imaginative young boys and their widowed mother who teach him to let go of the rules and create based on what’s inside of him.

His journey as he joins in the boys’ fun, especially Peter who has a talent for writing plays, gives Barrie the courage to create the story of the boy who never grows up. And, like every great story, boy falls for girl, in this case, Barrie starts to fall in love with the boys’ mother, Sylvia, played by Lael Van Keuren. She becomes as much of his muse as the boys.

The result is Barrie’s play is to be performed in front of the high society London theatre-goers, who may not appreciate a story about flying fairies. This is when the ensemble cast really gets a chance to shine and draw laughs from the audience, and the real and fake four-legged creatures get more stage time.

Finding Neverland is filled with big production numbers starting with the rousing “All of London is Here Tonight,” which is the setting of the story then and it puts an exclamation point on it when a four-legged actor makes his way across the stage. That’s when you know you’re in for a treat. The music is fun and leads you along the way. “Stronger,” performed by Will Ray (Barrie) is a definite show stopper that takes you into intermission excited for the second act.

This is a great play for the entire family and you walk away feeling the joy of being a kid again. Don’t miss your chance to see Finding Neverland playing now through this Sunday, April 15. Find showtimes on Sacramento365.