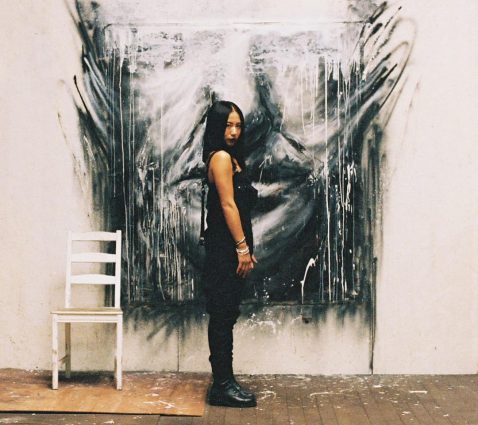 2nd Saturday Roadmap: Fall Back in Love With Art

Ghouls and Grog Okay, so there likely won’t be any grog in the traditional sense, but as is custom with 2nd Saturdays at the Kennedy Gallery, a full-service bar will be present alongside a new…

Okay, so there likely won’t be any grog in the traditional sense, but as is custom with 2nd Saturdays at the Kennedy Gallery, a full-service bar will be present alongside a new batch of art. This month’s theme is a scream — “Monsters and Mayhem” is a series of Halloween-themed works from the minds of Sacramento artists, ranging from the whimsical to the outright disturbing!

Sometimes these puns write themselves; in this case, The Haiku Guys have already written me a pun in the title of their pop-up event! These master creative writers will be around Sacramento at various locations on Saturday ready to write something just for you (specifically, a custom haiku) on their vintage typewriters during the Haiku D’Etat Poetry Pop-Up.

If you catch the pop-up at Howe Community Park in the afternoon, be sure to go down Howe Avenue and check out Capitol Beer and Tap Room and keep your creativity flowing!

La música del pueblo (“the music of the people”) will be celebrated through art during Sol Collective’s Cantos del Pueblo event. The opening reception pays homage to Raza music and its role in Chicano culture, this humble Día de Los Muertos exhibit is not to be missed!

Black and White and Red All Over

No, the answer isn’t “a newspaper” this time: it’s the facade of Holy Diver!

After being a part of Wide Open Walls — where she gave Holy Diver some of its “new tattoos” around its red front door — artist Lin Fei Fei is opening her studio doors with a Black and White Party on Saturday! Into the Black will showcase a wide array of mediums while bringing the blacks and whites prominent in Fei’s work to life with a deejay, costumes, refreshments and a light show during the party.

For those still in a monochrome mood on this day, the classic 1942 film Casablanca will be screened as a part of DOCO’s Movies On the Green series. While you’re in the area, be sure to check out the new Sacramento-themed DISPLAY location, featuring a pop-up visitors center, to show a little love for your city!

You wanted more color in your day, you say? Then check out the variety featured in the Davis Art Studio Tour 2018 this Saturday!

Looking for more artsy outings? Check out the 2nd Saturday page on Sacramento365! Whatever you choose to do, be sure to use the hashtag #Sacramento365 to share your adventure with us.