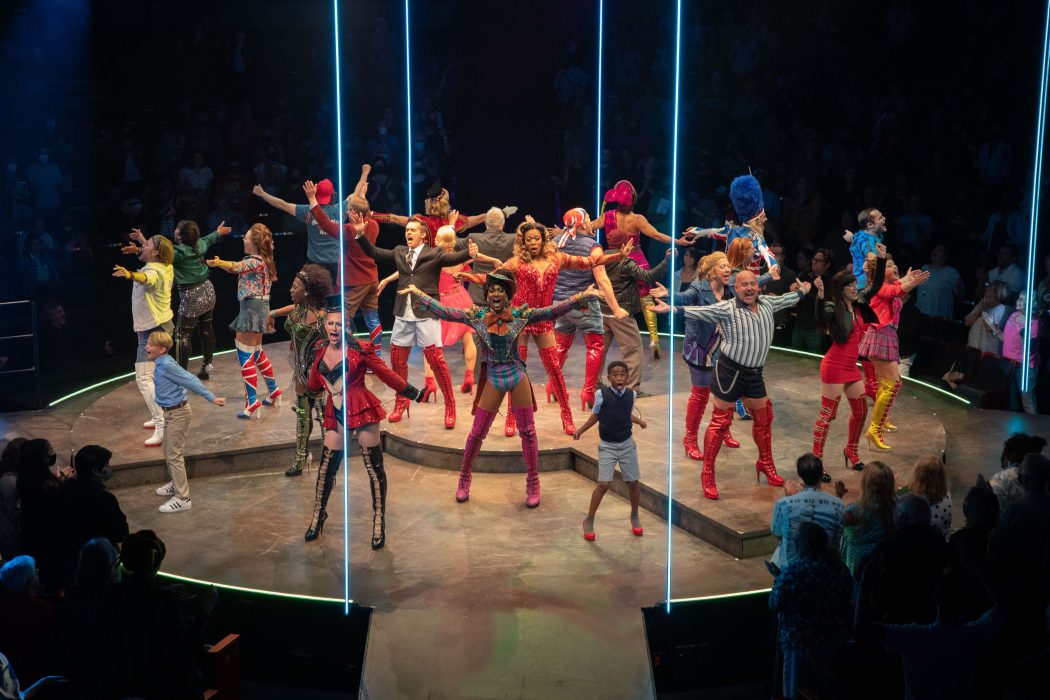 Get a Kick out of Kinky Boots the Musical in Sacramento

Broadway Sacramento’s production of Kinky Boots is an absolute must see, and if you haven’t already, strap on those high heels and get yourself some tickets to see it at the UC Davis Health Pavilion.…

Broadway Sacramento’s production of Kinky Boots is an absolute must see, and if you haven’t already, strap on those high heels and get yourself some tickets to see it at the UC Davis Health Pavilion.

Based on true events, Kinky Boots tells the story of Charlie Price (Zach Adkins), a young man who inherits his father’s failing shoe factory. In an effort to save it, Charlie teams up with Lola (Alan Mingo Jr.), a strong and sassy drag queen, to produce a line of high-heeled boots with all the glitz and glamour a woman would love, but that are made for a man. Through hilarious dialog and chill raising song, Charlie and Lola learn that although they may look different on the outside, they aren’t so different after all.

I found myself grinning from ear to ear for most of the show. The audience was infectious in their engagement, especially when Lola and the Angels were on stage. Their costumes were incredible, their energy contagious, and I was terribly jealous of their ability to not only walk in 8-inch high-heeled shoes (with the appropriate amount of sass), but also their ability to dance so incredibly in them without missing a beat.

My inner ’80s child couldn’t help but move my body while the cast performed toe-tapping anthems written by my childhood idol, Cyndi Lauper. The songs were catchy and full of everything I love about her, and I promptly went home and loaded the Kinky Boots soundtrack to my playlist. Speaking of music, every single cast member could sing like nobody’s business. I was constantly rubbing away goose bumps the entire show. The harmonies, the long, on-pitch song endings, and the emotion portrayed in every number, are some of the many reasons this show is a must see.

The chemistry between Charlie and Lola was so real. I had to keep reminding myself that I was watching a musical production, and it wasn’t real life. There were so many times where I could not only see, but I could also feel the passion each actor had for their character. One of my favorite characters was Don (Daniel Stweart Sherman), a rough and tough factory worker, and in all intents and purposes, a “manly man”, who had a hard time accepting Lola and the Angles for who they were. It is through his story in this production, that one of the most valuable lessons of Kinky Boots is revealed:

“You can change the world, when you change your mind.”

Kinky Boots celebrates being different, accepting those who are, and loving ourselves no matter what. It is playing now through June 19, 2022 at the UC Davis Health Pavilion. Get your tickets today. You won’t want to miss it. Click here to learn more.