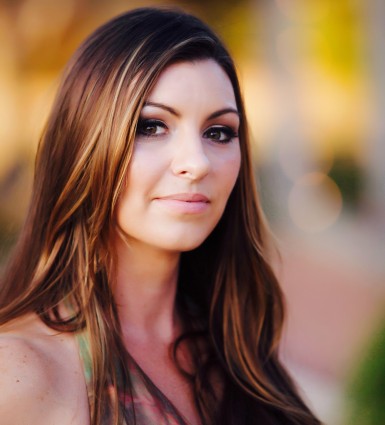 "Beware of artists: they mix with all classes of society and therefore are the most dangerous." This month Sacramento365.com met up with one of Sacramento's most sought out artists, Maren Conrad. Best known for striking…

“Beware of artists: they mix with all classes of society and therefore are the most dangerous.“

This month Sacramento365.com met up with one of Sacramento’s most sought out artists, Maren Conrad. Best known for striking metal leaf and layered resin paintings, her work, inspired by her subconscious, connects to universal truths and experiences through text and delicate koi fish and feather designs. She’s also known for famously ruffling a few figurative feathers with her censored “Politically Vulnerable” collection.

This June we encourage you to get to know Conrad’s dangerous mind and her plans to keep shaking up Sacramento’s art scene.

An appreciation for the arts was something Maren Conrad always had growing up; much of her education involved examining her family’s extensive Pre-Columbian art collection and tagging along at her mother’s Sacramento State Art History classes. “Sitting in on her classes gave me a mature opinion on art at a young age. I learned how to analyze pieces and understood the elements that make a great piece of work.” Her critical eye even lead Conrad to surreptitiously alter her mother’s art assignments. “When my mom wasn’t looking, I’d add more color or pencil in a bird. I still don’t think she knows this!”

Despite having an early connection with art, Conrad never believed that the life of an artist would be in her cards. “I always saw art as a passion and not as a viable art career.” After getting a degree in Fine Art with a double emphasis in Art Education and Painting and Fine Art Furniture, plus a minor in Women’s Studies, from California State University, Chico, Conrad deviated from her scholastic training and instead got married, had a child, and managed Joshua Pup’s Bar.

A growing friendship and a tragedy led Conrad to realize her true calling. After becoming a young widow Conrad needed an outlet to cope with the loss. Artist Jane Mikacich invited Conrad to work alongside her in her studio and soon enough, Conrad began creating masterful works sealed in resin she is best known for. Working in each others company gave the two the courage to be a part of an artist studio tour. Conrad created 10 pieces for the event; by the end of the weekend, almost all were sold. Their success led them to host a two-person show at the former Temporary Contemporary Gallery, and eventually allowed Conrad to hold her own solo shows at Midtown’s Elliot Fouts Gallery — and most importantly, connected the fine artist with serious buyers in Sacramento.

Today, roughly 75 percent of all the artwork she produces is commissioned. “Doing commissions allows me to take someone’s ideas and apply my skills to see what I can do. It’s stressful, intimate, and all-consuming, (there’s no time for ‘turds’), but at the end, you create a one-of-a-kind work that perfectly suits a space.”

The Lessons of Being Vulnerable:

One of Conrad’s most infamous commissions was her “Politically Vulnerable” collection for Vanguard. Intended to hang on the walls of the Capitol facing bar and nightclub Vanguard, the 11-piece collection spotlights the women who loved California governors, but refused to stay in their political partner’s shadow. From Brigette Nielsen to Maria Shriver to Linda Ronstadt, the collection’s leading ladies were defined by their talents, not just by their good looks or the men with whom they shared their bed.

In a dizzying six weeks, Conrad created the glossy oil-pen portraits using the time-consuming techniques of pointillism and stippling (“I worked on them 24/7; I even took the portraits to swim meets!”). The end result: although she doesn’t consider the paintings to be her best work (“I was painting on a short time frame AND I was painting something other than a koi fish!”), she knew she created “pretty kick ass bar art.”

Unfortunately, her work didn’t see the light of day. After reading about the collection in the Capitol Morning Report, lobbyist Donne Brownsey complained to the owners of Vanguard, stating its theme objectified women.

“I felt offended that I wasn’t able to explain my concept to a person who had never laid eyes on my work. I was angry that my work was not considered to be feminist–because I am one! And I was pissed that I wasn’t paid for all of that hard work.”

Luckily another woman, Glenda Corcoran, saw the value in Conrad’s work and bought the entire collection. “People wanted me to sell the portraits individually, but that is missing the point. The collection makes sense only as a whole; I wanted to sell my concept…and I’m thankful [Corcoran] understood that.”

Lessons learned from the experience? “I’m glad I started a conversation and this exposure introduced me to a wave of new people that I now call friends. Plus, difficulties let you know what you’ve made of.”

Being an artist in Sacramento region has also taught Conrad the importance of collaboration. “It’s easy to be a big fish in the small arts community like Sacramento, but the health of an art scene is dependent on how well we artists collaborate (not compete!) with each other. I’d love to see Sacramento artists be as strong and connected as Sacramento’s chefs and restaurateurs.”

One way she is living this mantra is through her linen line, Prosper Design Studio. She and her former business partner Elizabeth Woods created the business as a means to combat the challenges artists face when living off project to project: “artists are always hustling, and we wanted to discover ways for artists to prosper between commission gaps…to give artists ‘mailbox money’ during droughts.”

The gist: have a network of emerging artists create unique designs that can be placed on a variety of linens (napkins, makeup bags, pillow cases, wine totes, etc.) The result: an artist finds a new audience for their work and Prosper’s low price point allows for art lovers with smaller incomes to purchase beautiful yet purposeful works of art. Each linen item includes an artist statement, further connecting the consumer to the designer. Art goes from being on a gallery wall to being on your kitchen table, literally.

Another way she’s working to support fellow artists is through assisting Cathy Kleckner in the formation of an artist association, a group that aims to not only support the needs of artists but also inform a new generation of arts patrons. “Artists have a penchant for being recluses…how do we get artists out there to connect with potential patrons or with other artists? Where can artists learn basic branding and marketing strategies? How can we convert young professionals into lifelong art buyers? An artist association can be the solution.”

These fabulous factoids about Conrad had to make it into our write up somehow. 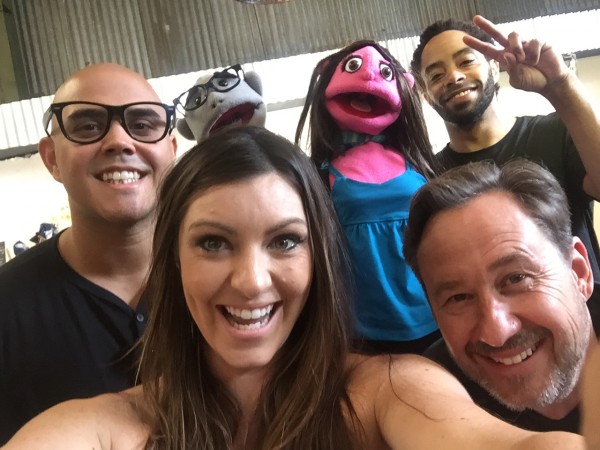 How Maren Conrad Makes it a Festival Night:

Throughout the month of June, Sacramento365 is making it a festival night, so, of course, we had to ask the artist which local outdoor events she can’t miss.

Keep Up With Maren Conrad: