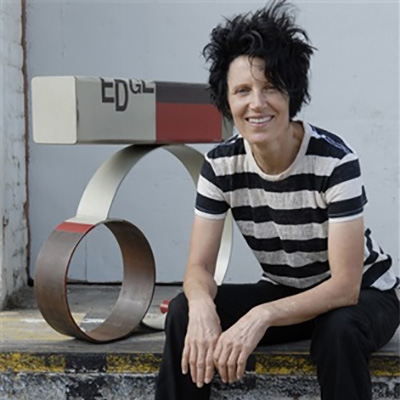 In honor of Make it an Arts Night, this April we met up with Sacramento’s Godmother of Contemporary Art, Gale Hart at her spacious 19th Street studio on the heels of her 60th birthday bash.…

In honor of Make it an Arts Night, this April we met up with Sacramento’s Godmother of Contemporary Art, Gale Hart at her spacious 19th Street studio on the heels of her 60th birthday bash. The vegan, skateboard-loving artist has more to celebrate than just another year in this life; in January, Hart was selected to construct her public art installation for the new Golden 1 Center (yes, alongside that Jeff Koons piece).

In this eye-opening profile, we learned that defying normal is part of her modus operandi. Throughout her life, she’s always been known to push the limit. Read how far she plans on going below:

The Road to Becoming the Godmother of Contemporary Art:

Although no artists’ story is ordinary, Hart’s journey to becoming a successful one is something else. A self-taught or “outsider” artist, she was never formally trained in painting, drawing, and sculpture making, the mediums she is most well known for. Instead, her lessons came from discovering the world on her terms. In the first grade, when a family member cut down a cottonwood tree, she ambitiously tried to beautify its stump with steel cladding. After high school, she lived out of a van, selling hand-carved boxes at craft fairs and drawings of skulls at Grateful Dead concerts across California, Nevada, and Oregon. Realizing that her work could support her, she owned her artistic prowess and took a chance at exploring where her talents could take her. “Life on the road helped me learn the business of art and the importance of just putting myself out there.”

Her mark on the Sacramento art scene began in the 1980s after she made the move to downtown Sacramento in the late 1970s. Upon visiting the Michael Himovitz Gallery, she approached owner Michael Himovitz and boldly stated, “I want my art here!” She passed his on-the-spot artist interview and soon after her work made its first gallery appearance. Hart’s gumption has led her to, among other things, curate exhibits, help envision the gallery portion for the Verge Center for the Arts, and spearhead A Bitchin’ Space, a project and venue that encouraged artist collaboration through randomly pairing artists with each other to create unique masterpieces. 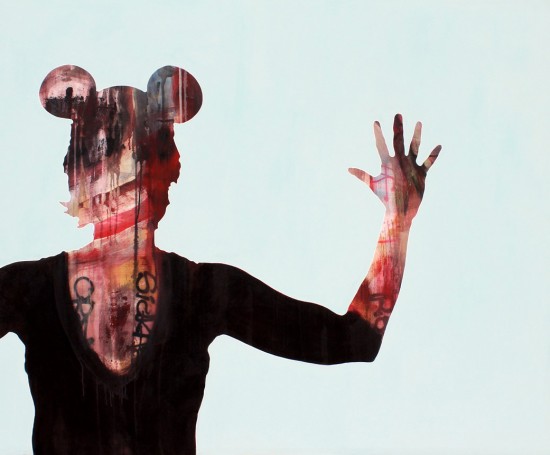 In our region, Hart is often referred to as “The Godmother of Contemporary Art” — “I always think of fairy godmother when I hear that…I’m magical, I guess,” but the shoe does fit. Hart is one of the few successful self-taught contemporary artists to emerge from our region. “I divide art into two categories: art that is meant for our souls and art that is meant for our walls. I can do either but I am more interested in tearing walls down.” Her vivid paintings and slick sculptures have tackled animal cruelty and consumption to America’s fascination with firearms.

What drives her to court these controversial topics? “I have to be annoyed by something. When I feel unsettled, I need to let my thoughts go into a piece or series of pieces. My intention isn’t necessarily to shock. I just can’t let hypocrisy and irony stay in my mind.”

While she has received an overwhelming amount of support here in the Sacramento region, much of her work is collected or shown outside of the region, even as far as Italy. “Sacramento is not a big gallery city, and that is okay; however, the popularity of Art Hotel proves that our alternative art scene can’t be ignored anymore. People are craving different voices and spaces.”

Her Life Now: The Golden 1 Center:

From now until October, Hart is focusing on her latest creation, her public artwork for the Golden 1 Center. Occupying one of the four public art locations of the new downtown arena, her untitled work will both challenge and stun patrons. Strewn around L Street up toward the entrance – between 5th and 7th streets – the public art piece will be the largest and wildest dart game the 916 has ever seen; envision an 8-foot numberless board, six 12-foot darts, three 5-foot concrete numbers, two 7-foot hands, and an oversized dart tail scattered across the sidewalk and stairs of the Golden 1 Center. The meaning behind all of this? “I wanted to deconstruct a game and take the sense of competition out of it. Is there still value in playing a game if we don’t keep score?” Needless to say, it’s a thought-provoking but ironic piece outside the new home of the Sacramento Kings.

But Gale is the last person to shy away from controversy. “I wanted to create public art that matches my edgy nature…and see what I can get away with!

Currently, she’s in search for the androgynous hand for the installation. Tens of hand molds cover her studio tables, but none are quite right. This Goldilocks is still searching for her perfect hand model. (Note: During the interview she examined the hands of Sacramento365.com staffers. We did not make the cut!)

Three Things You May Not Know About Gale Hart:

Although she considers herself to be an open book, even some of her closest friends may not know these fascinating tidbits about the artist.

We couldn’t leave these words of wisdom (and comedy gems) on the cutting room floor.

Keep Up With Gale Hart: