Van Der Neer   Nicole Kniss and Justin Johnson are the creative masterminds behind Van Der Neer (VDN), the artistically spectacular, hand-made fashion line. VDN is a vision of fashion through the ages of time,… 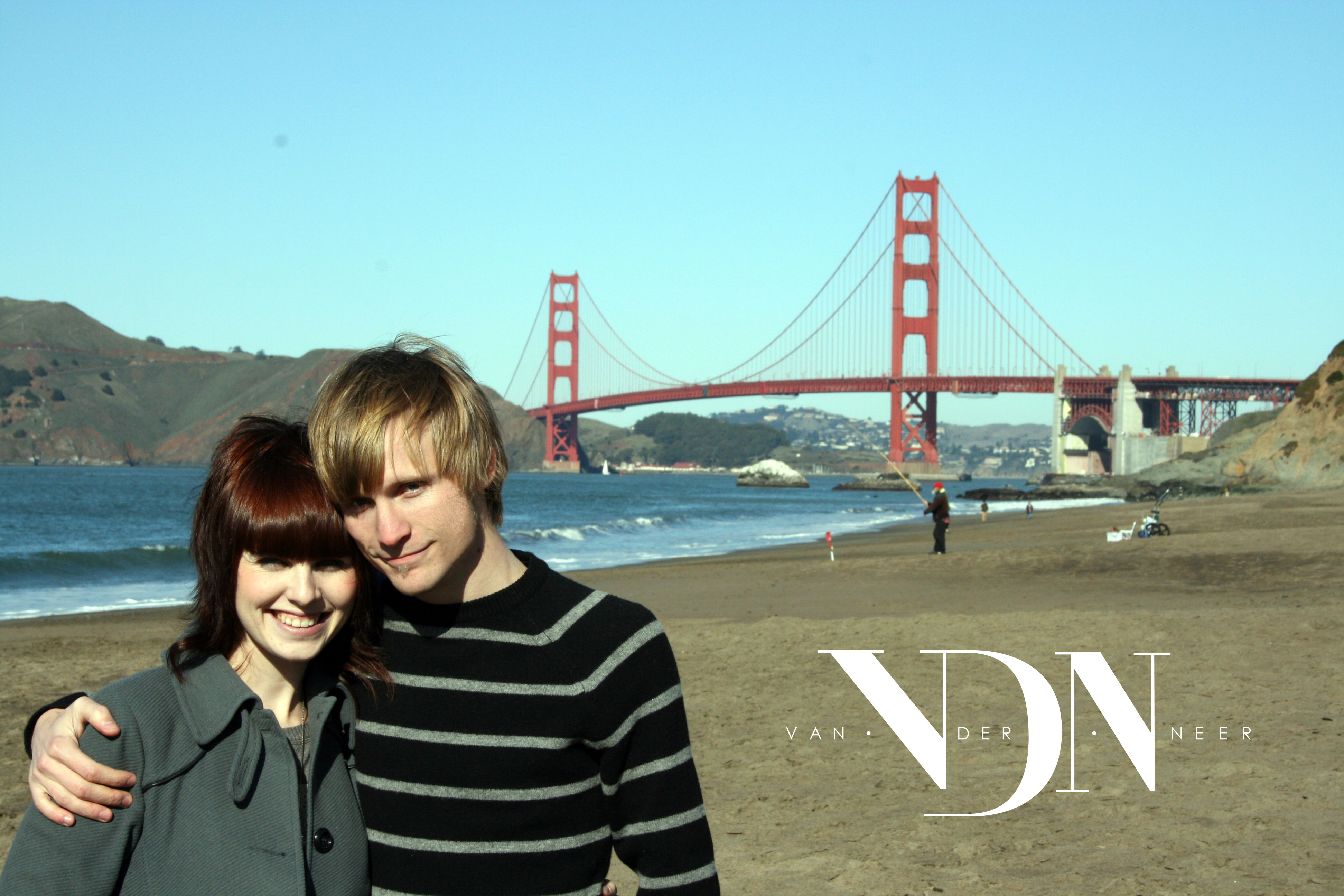 Nicole Kniss and Justin Johnson are the creative masterminds behind Van Der Neer (VDN), the artistically spectacular, hand-made fashion line. VDN is a vision of fashion through the ages of time, conceived with love and passion. VDN strives to enlighten and inspire all who seek interest in fable, future, and fashion, and provide entertainment for those who need and understand the presence of dedication, creativity, and feeling. 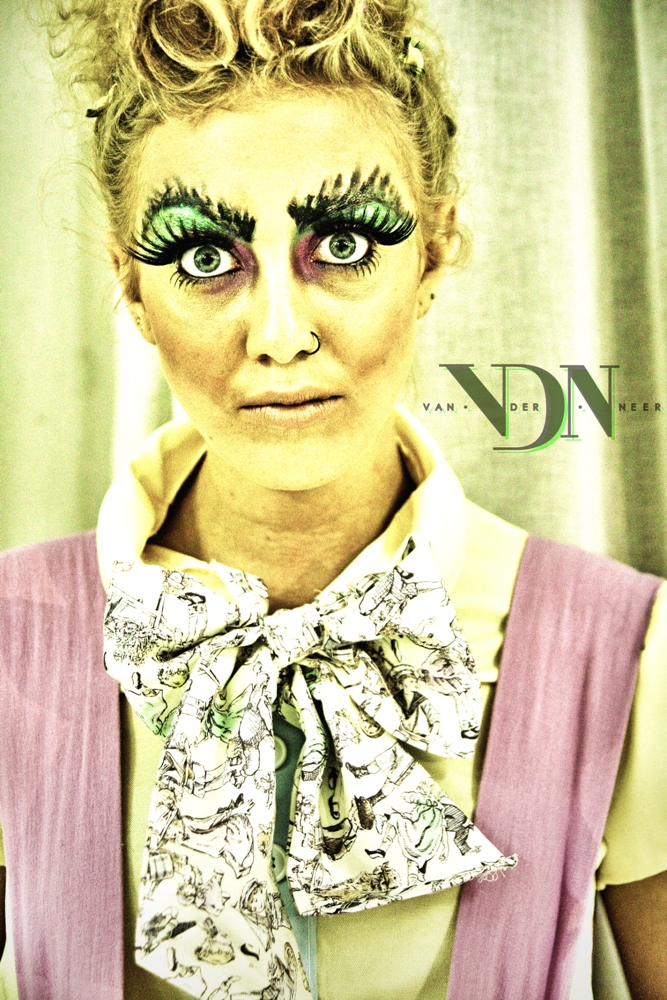 After graduating cosmetology school in 2006, Nicole began doing hair and make-up for fashion shows. She had always made clothes for herself and friends, but it wasn’t until after doing hair for a lot of shows and assisting at L.A. fashion week that she knew she wanted to be more involved with the clothing side of fashion.

In 2007, Nicole co-founded Van Der Neer with Justin. They began doing shows at boutiques, coffee shops, and art galleries, and eventually teamed with the talented Michael Hargis to do MOD (which turned into Launch—see "Current Works" below). Their line remains loyal to Nicole’s start, however, combining clothes with set hair and make-up aesthetics, overseen and applied by Nicole herself. 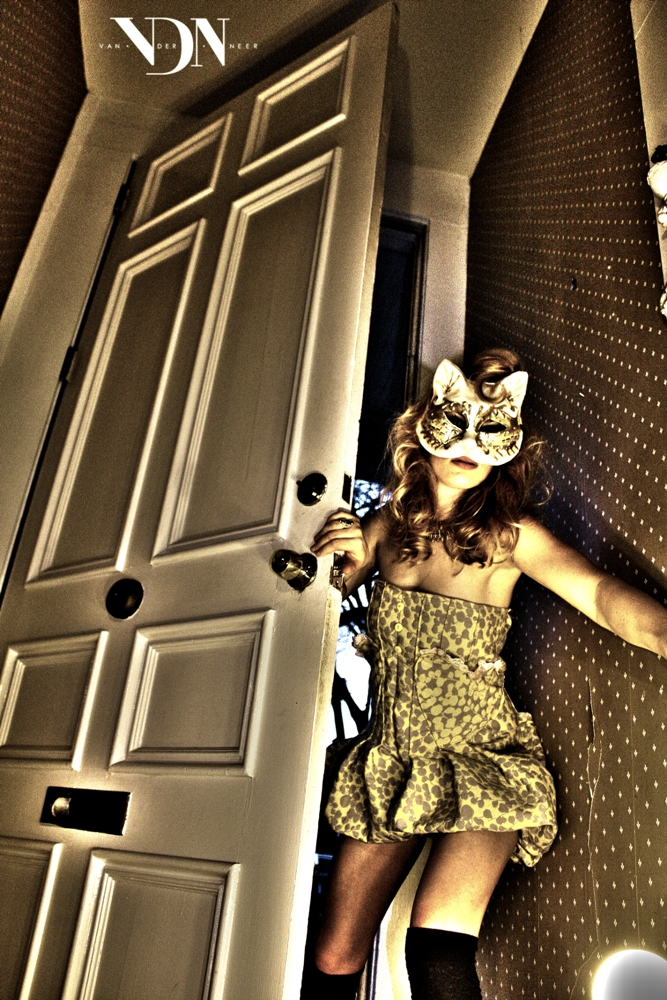 All of Van Der Neer’s pieces are one-of-a-kind and made by hand by Nicole & Justin in their Midtown Sacramento apartment. Through their theatrical, fairytale-esque style, each of their custom-made designs comes away with character, telling a story more than just being something to simply wear. Their style is based on past eras with future inspirations, and they interweave vintage fabrics with contemporary to create a wholly original style.

While both are continuously inspired by their models and muses, Justin draws more from music, art, and daily life, and Nicole loves to read books on the way people dressed and why, bringing history to modern day. They tend to stay away from magazines and fashion blogs, as they never want to fall into trends. If they had their way, Nicole muses, "we would make collections in the middle of the forest so we were not inadvertently inspired by current time." 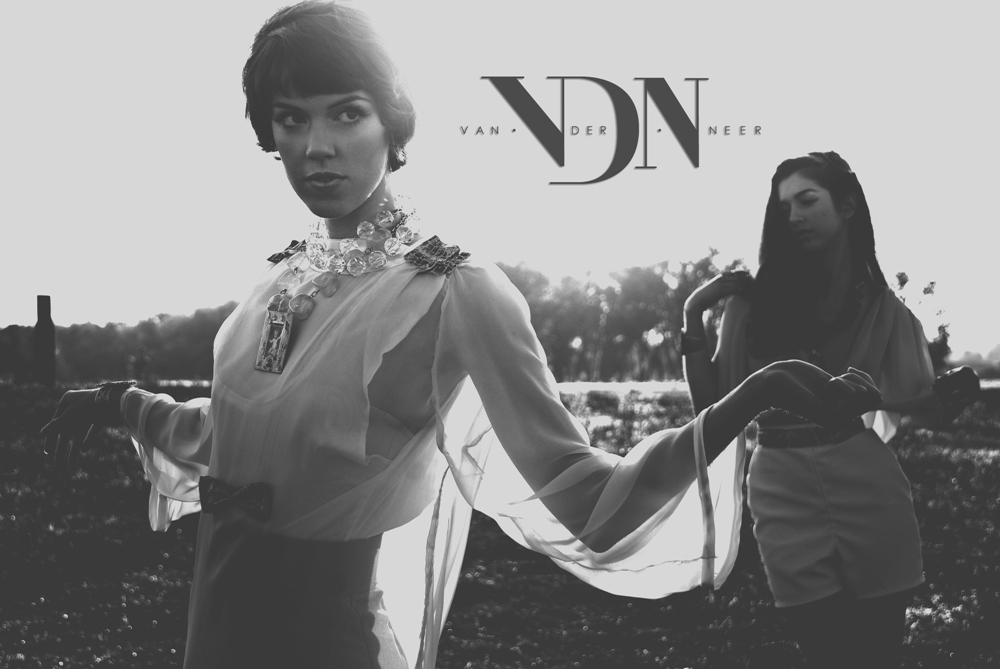 Nicole & Justin travel to different cities in search of their fabrics, trying to find as much vintage fabric as possible. Once the fabric is selected, they get to work, making everything from scratch, without patterns. Often, they have a particular model in mind for each piece by the time they sit down to create it. After double checking each other’s work to ensure every piece is given 110%, it is ready for inclusion in the Van Der Neer canon. 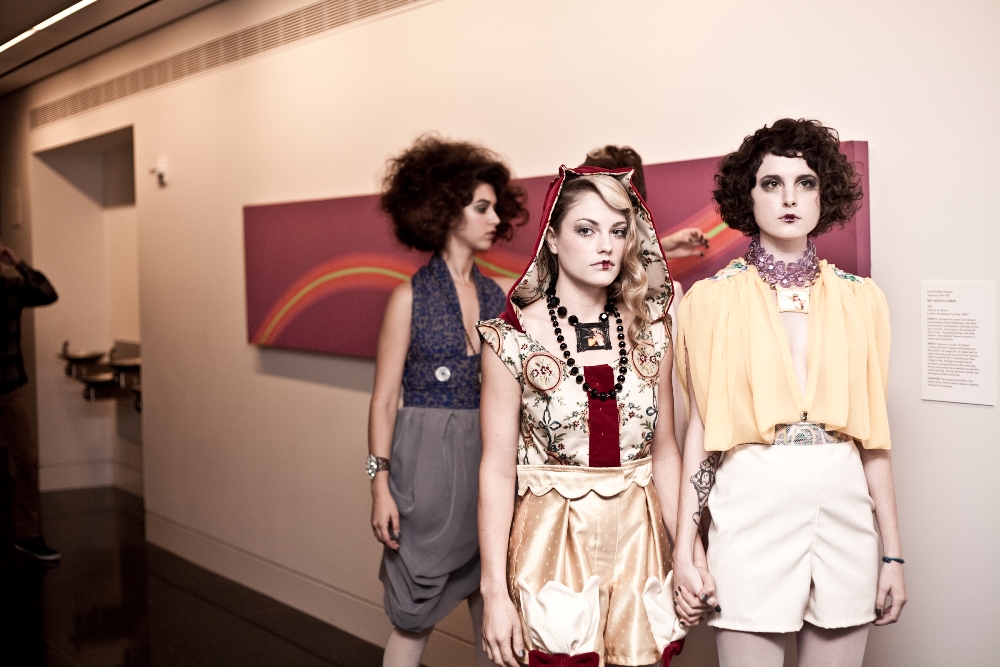 Always inspired by pre-1980s fashions, it is no surprise that Van Der Neer’s debut line was called "Summer of ’59" and was resplendent with the elegance of the ’50s and the fun feel of the early ’60s. Their follow-up line stepped even further back in time, inspired by the 1930s (in addition to Nicole’s first trip to New York), and was accented with feathers, lace headpieces, and ballerina-style rompers.

Their influence from fairytales and fantasy played a major role in their Spring/Summer 2009 collection, where they created Alice in Wonderland themed pieces, with each model playing a part in the story.

You may also have spotted Van Der Neer at Neo-Crocker 2010, where they debuted their first couture collection: Cartoon Candy. The line, which captures the sultriness of old 1940’s jazz clubs, is full of silk chiffons, leathers, velvets, and satins, and was accented by one-of-a-kind jewelry pieces by Pamela Tuohy – 2ETN.

Check out a video of the night’s free-form pedestal fashion show:

You can also catch their work highlighted in the January 2011 issue of Truxury Magazine, the world’s first HD video fashion magazine.

Today, Van Der Neer is focusing their creative efforts on their Spring/Summer 2011 Collection, which will debut at Launch 2011. Van Der Neer has been involved with Launch since its inception and, as always, are very excited to be showing at this event—expect a big show! 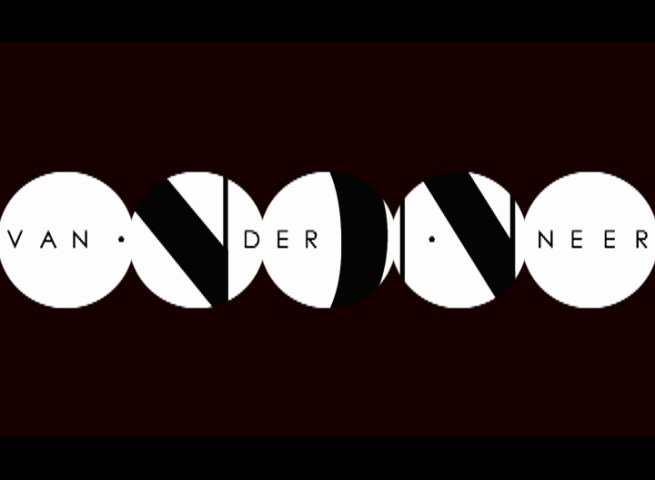 Their inspiration for this collection is the power or process of transforming something common into something special, otherwise known as Alchemy–the Alchemy of dreams–creating a platform of visions along the likes of an early David Bowie, outerspace, science fiction, 1970s glam, and a whole lot of bass slapping off the speaker! With 20 looks, this show will be their largest to date, so be sure to see it. Full of theatrics, there is never a dull moment during VDN’s runway shows!

They will be releasing a sneak peak video of their Spring/Summer 2011 Collection soon, via the Van Der Neer Facebook page, so become a fan and be first to catch the teaser video (sneak peak still above).