Daniel Mendoza   For the past two decades Daniel Mendoza has dedicated his time to working, studying, and creating art. At an early age, he was exposed to music, but quickly found a passion for… 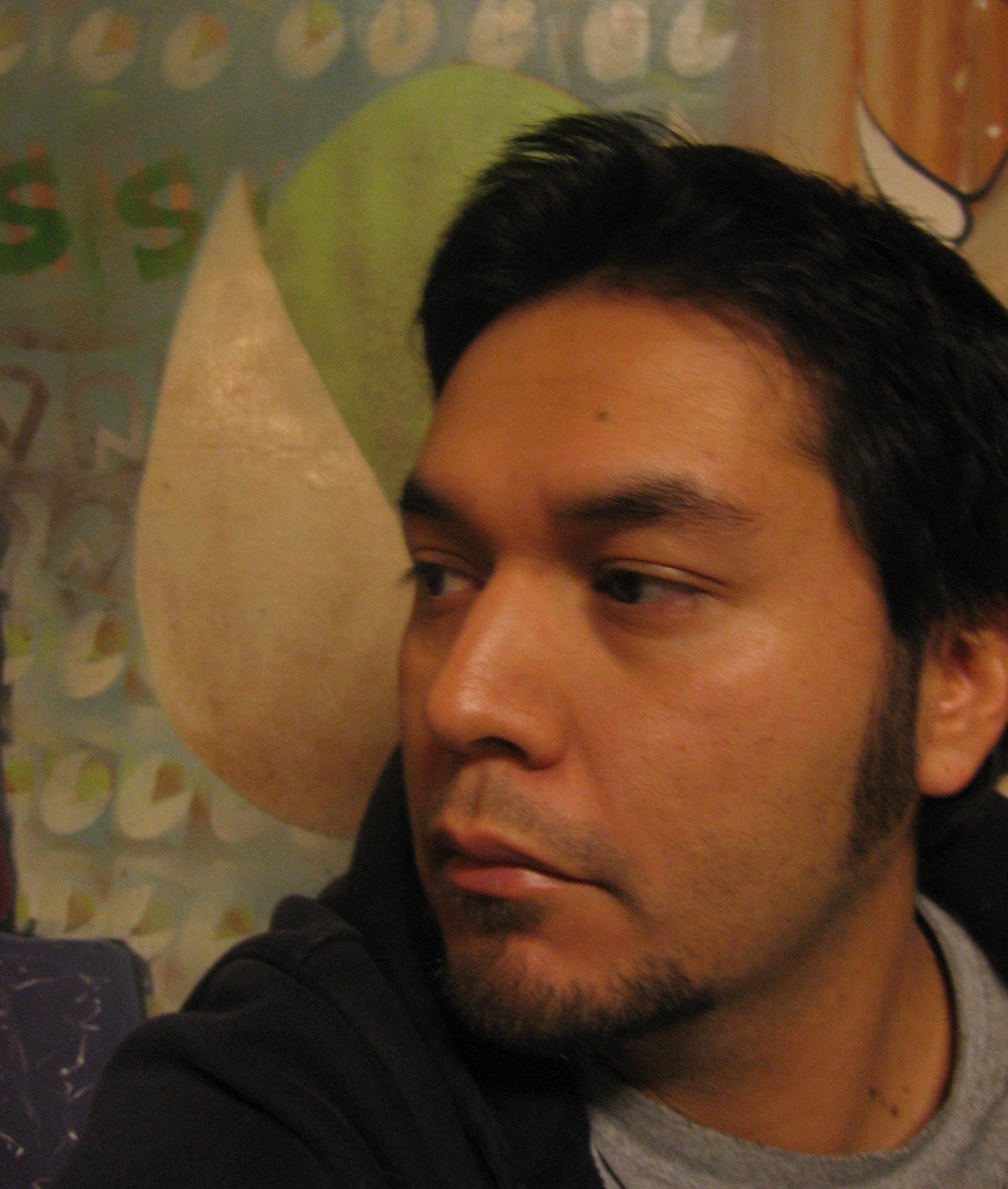 For the past two decades Daniel Mendoza has dedicated his time to working, studying, and creating art. At an early age, he was exposed to music, but quickly found a passion for writing poetry. These forms soon moved him into the world of painting. His current works mix various mediums and techniques which, Daniel says, make it possible “to create something refreshing as well as pay homage to influences with unique textures.” Drawing inspiration from myriad sources, Daniel is able to create pieces with depth and emotion. 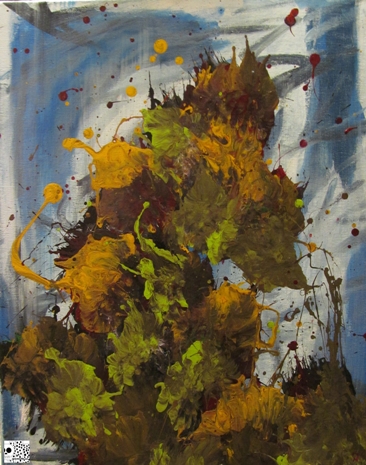 Daniel, a “self-proclaimed museum nerd,” looks to all the great museums for influence, finding pull from the canons of art history and all the great masters of art–both renowned and regional. He is also constantly inspired by his travels, his Mexican-American heritage, and, of course, his wife, family, and friends. Having a means to showcase his work also compels Daniel to create. Combining his inspirations with a “no limits” motto for style, Daniel pushes himself and his work to the edge of what is possible. He concedes, however, that “Even though I put no limitations on my work or myself I still understand that mediums and ideas can only be pushed to a certain extent, thus my work in its own right is controlled chaos.”

While Daniel’s ongoing Flor series keeps him constantly at work–mixing up new ideas and mediums–he has recently been drawn to cityscapes. Using sketches from his travels, he focuses in on a prominent, often well-known building and expands and invents the cityscape around it. Daniel says, “Those surrounding buildings to me are like humanity, like the people in the city. They’re all a little different and unique in their own way. But they’re still all made from the same materials, or mediums in my case.”

Watch Daniel create a work for his Flor series in the video below: 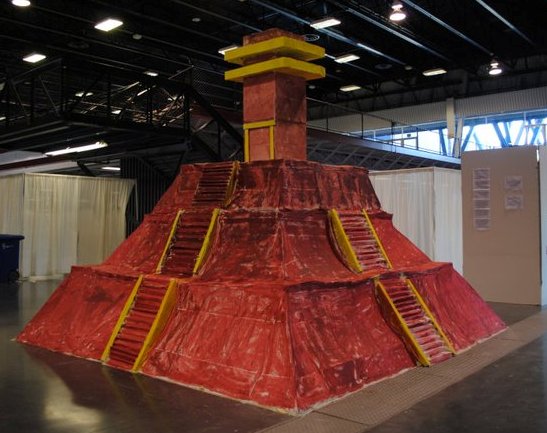 At the end of this month, you can catch Daniel’s work at the 21st Annual Festival de la Familia at Cal Expo on April 29, which he is participating in for the 2nd consecutive year. For last year’s festival, he designed a Mesoamerican Pyramid (seen at left) based on drawings from Master Artist Felipe Devalos.

This year, he’s designing and installing a Quetzalcoatl–the Mesoamerican feathered serpent deity–as part of a larger Mesoamerican jungle installation. The Quetzalcoatl, which is roughly 30 feet long and 5 to 6 feet in diameter, will be a free standing individual installation, giving viewers the chance to be up close with the head of a serpent.

Participating in Festival de la Familia, which is a multi-ethnic festival celebrating 20 Latino cultures, is important to Daniel. He says, “As an artist I have a strong pull to create items that represent my culture. I feel that my ancestors worked hard to create a future for their families. Of course we are that future, so I find it important to create these works.”

In May he will participate in the Crocker Art Museum’s Big Names, Small Art auction, and stay tuned in September for a show at the Downtown Roseville Public Library. 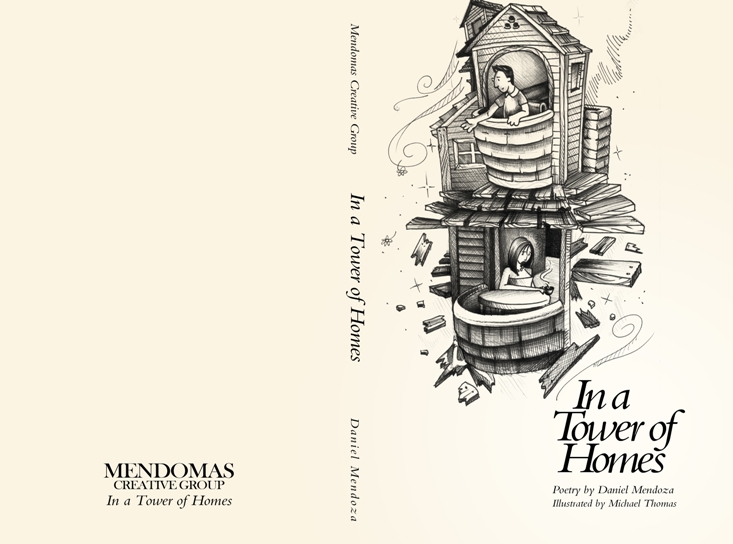 Even before he was interested in painting, Daniel was interested in writing. He is currently compiling his first book (working title A Tower of Homes), which will contain poetry Daniel has written over the past 10 years along with illustrations from his close friend Michael Thomas. The collection contains works based on real life experiences, love, adventure, loss, and everything in between. It goes to print this spring and will be available for purchase in early summer.

To get a feel for Daniel’s poetry, read his poems “Interruptions” and “Sunk into a dream.”

Because creating art is not Daniel’s means of surviving financially, he is able to relax and create freely, without pressure or stress to create paintings that sell. Often Daniel donates his time and his work to benefits, events, and shows for the non-profit and public sectors, as well as sharing his work in libraries, city buildings, and other public settings.

Through the City of Roseville, he has become a member artist at the Blue Line Gallery and will serve as one of two member leads on orchestrating their upcoming Member Show this fall.

In addition, Daniel works closely with Crayons to Canvas (a project of fellow Featured Artist Raphael Delgado) helping collect art supplies for their annual drive. He also recently participated in Hearts for the Arts, a For Arts’ Sake benefit event for Any Given Child, with a painting called “Close to Heart,” in which he chose a style of painting using 775 individual squares to create a unique heart image.

Check out the creation of “Close to Heart” in the video below:

Keep up with Daniel: