Dancing since the age of seven, ballet dancer Alexandra Cunningham has traversed the country and the globe pursuing the art of dance. Now residing in her native Sacramento, Alexandra is a professional dancer with the Sacramento Ballet, where she has danced for the past eight seasons. She plays an integral role in bringing dance to the community, and her love of the art form is apparent through all her performances.

An early start
Alexandra has deep roots in the ballet community–her grandmother was a dance teacher, and both her parents were professional dancers before their current positions as Artistic Directors of the Sacramento Ballet. Influenced by her background, as well as her own personal draw to the art of dance, Alexandra got her start at the Deane Dance Center, where she studied under Barbara Crockett, founder of the Sacramento Ballet. Through her early training, Alexandra’s passion for dance was quickly recognized, and she began performing from a young age in The Nutcracker (and has since danced nearly every role in the production). 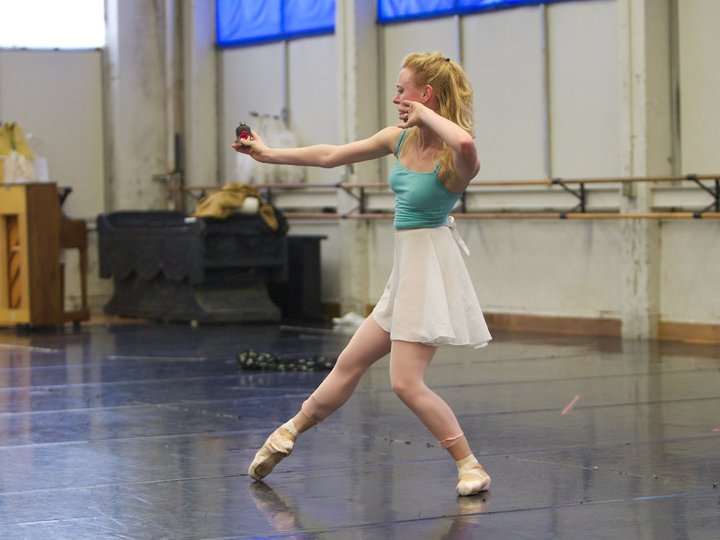 Attending C.K. McClatchy High School’s Humanities and International Studies Program, Alexandra was active in numerous clubs and school activities, although dance was her main after-school priority–training two to four hours every day. Over the summer months, she attended a number of prestigious dance programs including The Kirov Academy in Washington D.C., The Harid Conservatory in Florida, the Lines Conservatory in San Francisco, Juilliard in New York City, Boston Ballet in Massachusetts, and Spring Board Danse Montreal in Canada.

During her sophomore year of high school Alexandra began performing in Sacramento Ballet productions and by her senior year was taking ballet classes with the professional company. Upon graduation from high school, Alexandra was accepted to UC Berkeley but deferred her enrollment to take an apprenticeship position with the Sacramento Ballet, which, after one year, led to her current position as a full Company member. 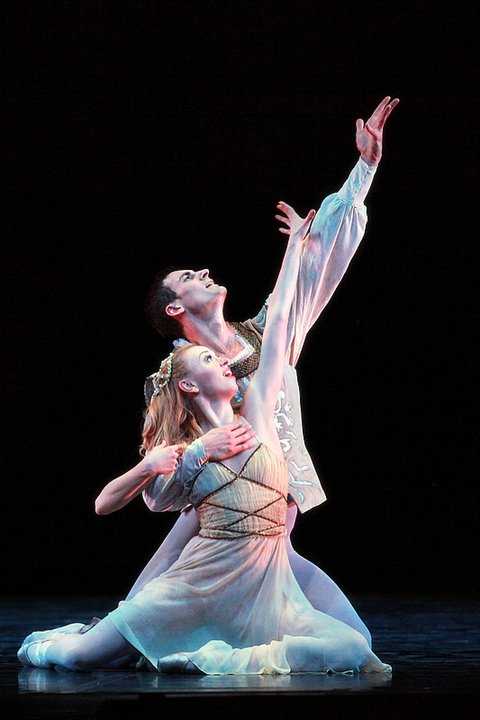 Going pro
Due to Alexandra’s strong work ethic and eagerness to learn, she has been given many opportunities to dance with the Sacramento Ballet. When she started her first season with the company, choreographers and ballet répétiteurs visiting Sacramento singled her out for world premieres and other featured parts.

Now, having gone through the ranks and gained her position as a more established dancer with the Company, Alexandra’s resumé of repertory is substantial. She lists highlights in her career as performing Juliet in Romeo & Juliet as well as the title roles in Cinderella, Alice In Wonderland, and the Sugar Plum Fairy in The Nutcracker.

Her professional career has allowed Alexandra many opportunities and honors, including performing many ballets created by George Balanchine–considered one of the greatest choreographers of the 20th century. In 2008 she was able to travel with the Company on their tour of China, where she danced for new audiences in Beijing and Shanghai. 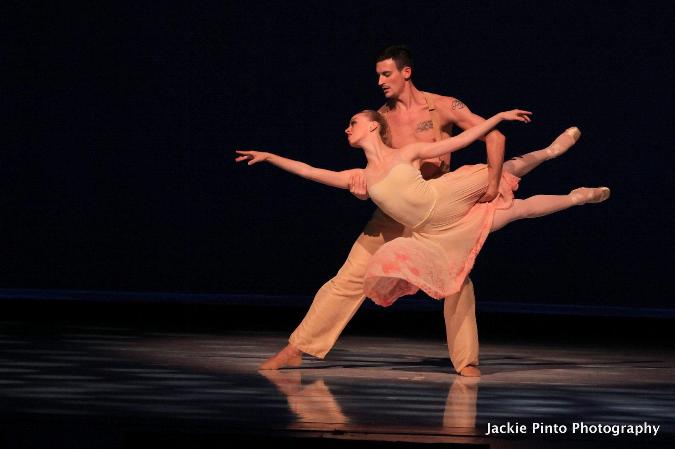 Although Alexandra’s true passion is for classical ballet, she also has a love for the exploration of contemporary movement. She has had the opportunity to create new works with nationally recognized choreographers including Trey McIntyre, Amy Seiwert, Sidra Bell, Matthew Neenan, and Darrell Grand Moultrie, as well as repertory by renowned contemporary choreographers in Sacramento Ballet’s annual Modern Masters Series.

This summer Alexandra was one of only 18 dancers in the country chosen to participate in the National Choreographers Initiative where, over three weeks, she worked with Melissa Barak and Wendy Seyb on world premieres presented at UC Irvine.

Day in the life of a ballet dancer
Working five to six days a week, 9:30am-6:30pm, Alexandra’s daily schedule with the Sacramento Ballet is intense. Her day begins with a morning ballet class to warm up and strengthen her technique, followed by five hours of rehearsal for the performances the Company is preparing.

On top of Alexandra’s daily dance schedule, she cross trains several days a week with cardio, Pilates, and yoga to make sure her body is in tip-top shape. Physically and mentally exhausted after a day’s work, Alexandra loves to relax with friends, family, her cat, and a good meal!

Inspiring dance
With dance, Alexandra says, “there is nothing more fulfilling than seeking the perfection of movement in sync with the music.” Although her main motivation comes from music, she finds inspiration everywhere; she lists her artistic and hardworking coworkers, influential teachers, visual art, literature, and nature as primary sources. Often described as a very musical dancer, Alexandra admits that she “feels compelled to move when she listens to music in or out of the studio.” Alexandra loves to take movement and use it as a vehicle to convey a feeling, emotion, or story.

The aspect of dance’s fragility is a fascination for Alexandra and a major reason why she feels she must take full advantage of the gift to be able to dance. She says, 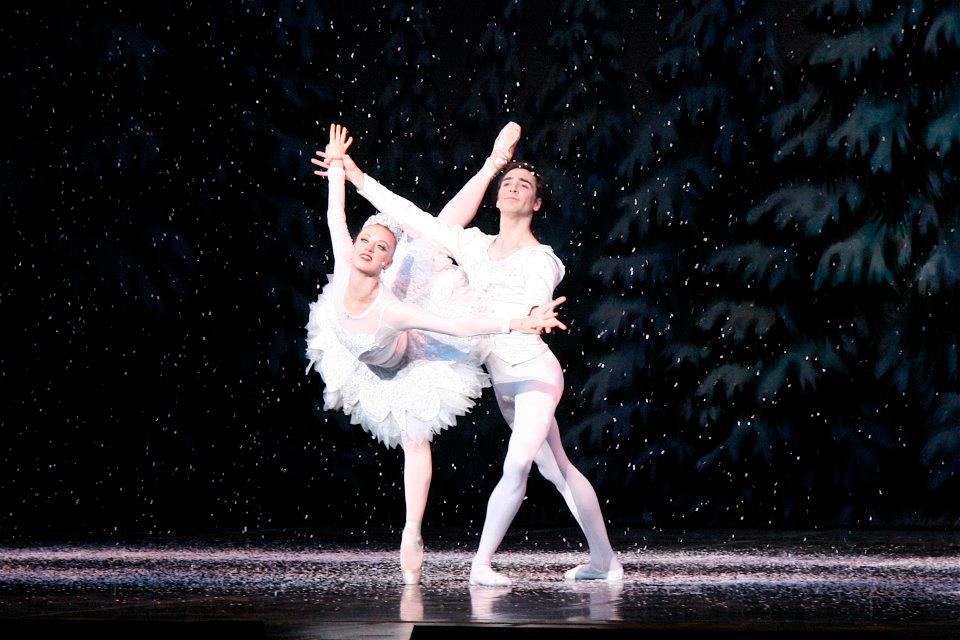 ”Dance is one of the greatest gifts one can give to another because it is so ephemeral–it is a moment in time, an experience that will never be the same again because it is a live performing art. It can simply be witnessed, observed, and understood before it is gone and only remains in one’s memory.” Out of all art forms, she feels dance’s true power lies in its ability to be understood across language, race, age, gender, and political differences.

Because Sacramento is the community she grew up in and cares for, Alexandra has a special bond with the Sacramento Ballet. She sees Sacramento as “having huge potential as a city to support the arts” and says she “has been proud to see the growth of the local artistic community over the years.”

In addition to their more formal ballet performances, the Sacramento Ballet provides innovative, closer looks at the art of ballet with community-minded series such as Inside the Director’s Studio and Beer & Ballet, and the dancers themselves make a point to be involved with the community on an individual level, even hosting “Happy Hour with the Dancers” events. 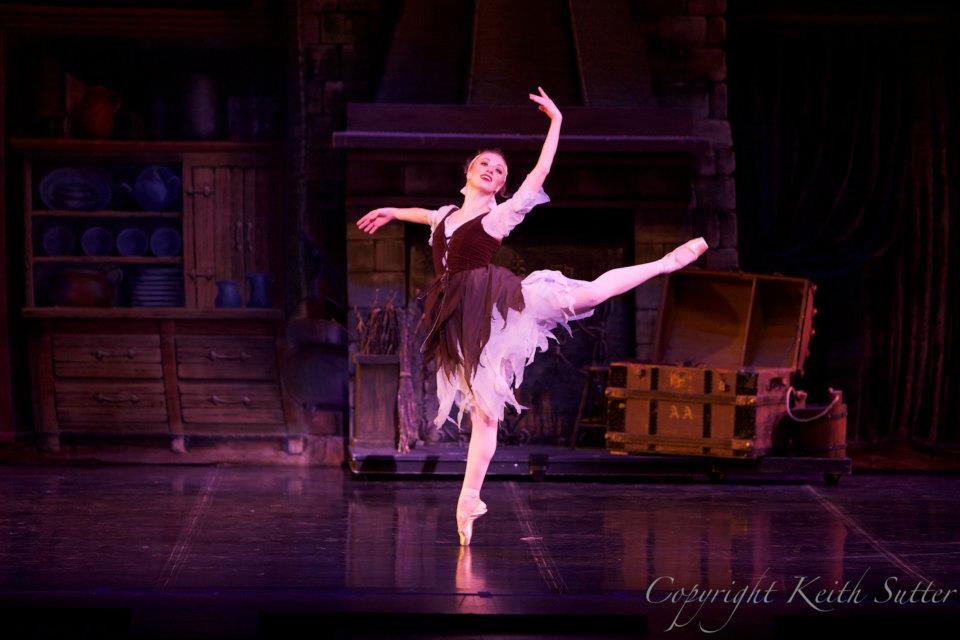 When she’s not performing with the Sacramento Ballet, Alexandra enjoys spreading awareness about dance throughout the city–whether visiting Shriners Hospital for Children, in-studio performances for under-served elementary students, or out into the community on 2nd Saturdays, and other local events. This month you can find her at Meet & Greet Mondays with the Sacramento Ballet on Mon, Aug 27 at Dive Bar. She says she takes “great pleasure in bringing dance to those that wouldn’t ordinarily be exposed to it and is grateful that Sacramento Ballet gives the community so many different opportunities to see and participate in dance.”

You can see Alexandra perform throughout the year. Be sure not miss her in Sacramento Ballet’s 2012-2013 season as “Juliet” in Romeo & Juliet this October and “Daisy” in the world premiere of The Great Gatsby in February. (You can get a sneak peak at Alexandra in her role for The Great Gatsby in the photos from the Sacramento365 photobooth at GOOD: Street Food + Design Market on August 5.) 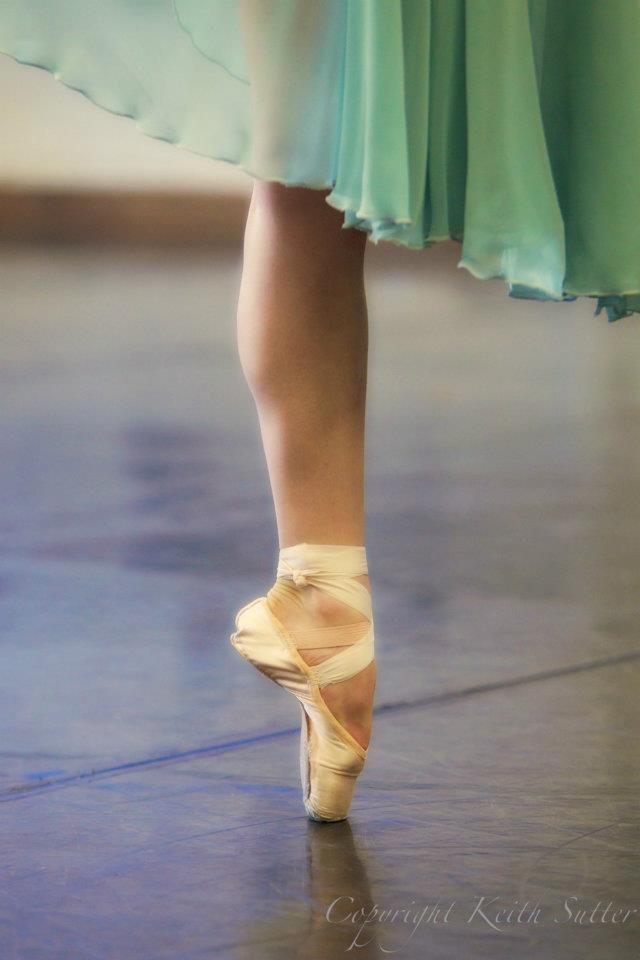