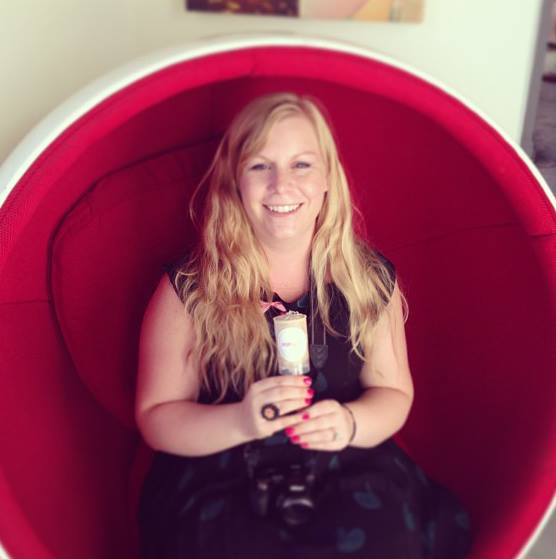 Though a web designer by trade, Amy Cluck-McAlister has made a name for herself as Sacramento’s DIY queen and party planning extraordinaire. Sacramento365 chatted with the “hostess with the mostess” to learn more about the Capital’s crafting scene, her evolving interests and why too much chevron is never a good thing.

1. For our readers that may not know, what is IndieSacramento and how did come to be?
I started IndieSacramento as an alternative craft fair because, at the time, there was a real need for a place where artists could sell their “alternative” handmade goods. IndieSacramento vendors were not your typical craft show vendors, they make and sell items that are more urban and trendy than you would find at your typical craft show. We’re talking bowls made from records, earrings made from guitar picks, art prints, pottery, etc. that appeal to people of all ages.

The IndieSacramento craft shows were successful but very time-consuming. I found myself doing a lot of work that I did not enjoy (cleaning venues, for example) and it was really taking a toll on me. Being a web designer, I decided to switch the focus from in-person events to an online collective because I still wanted a way to showcase Sacramento’s talent.

2. How would you describe Sacramento’s crafting scene?
Sacramento is home to a lot of talented crafters, many of whom are making a living selling the items they make. I think the word “craft” has a certain connotation to it though, and people are starting to get away from calling themselves crafters. Regardless, there are so many talented people making and selling amazing things. I’ve noticed that a lot more venues for selling these items have popped up, which is exciting to see – events like GOOD, Maker’s Mart, and Indie Craft Fair, to name a few!

I’m also really impressed with the way that small business owners have been coming together, combining their talents. It’s not just about crafters anymore, which is why I’m planning on expanding the IndieSacramento website to include all kinds of local small businesses.

3. You renamed your blog a while ago, going from “PeptoGirl” to “amy is the party.” Why this change to your personal branding?
My Peptogirl blog focused on my jewelry-making business but I started becoming more and more interested in party planning so I decided to change the focus of my business/blog. I like the idea of being able to combine my talents (web design, baking & dessert styling, decorating, etc.) into one outlet.

Also, it’s really important to me that my blog reflects my personal tastes and styles so I felt it was time for my personal branding to “grow up” a bit. 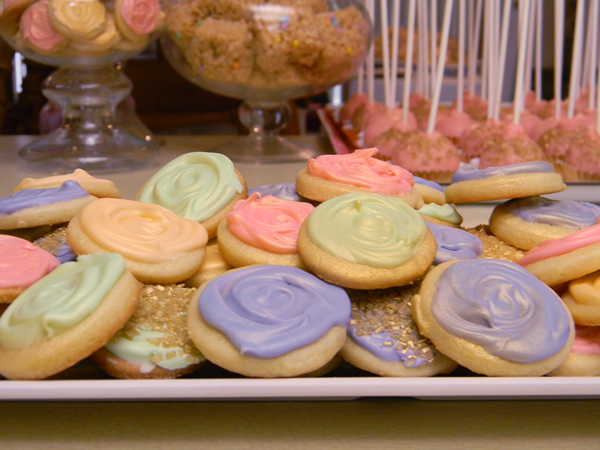 Amy dresses up simple homemade cookies with a dash of pastel and glitter.

4. You’ve recently delved into the world of party planning. Was this just a natural way to monetize your DIY skills?
One thing I didn’t like about making jewelry is that I felt like I had to make a ton of the same item in order to be successful. I really had more fun designing original pieces and not so much fun with the production part. I enjoy party planning because (for the most part) the mass production aspect is taken out. I get to explore a wider range of interests, from DIY projects, to decorations, to dessert styling. My concern is less about making money, more about doing what I love to do.

5. Where do you find fresh ideas for your DIY projects?
Lately, I’ve been really inspired by thrifting, looking at objects that people have discarded and thinking about how they can be made over or put to another use. I’m also a Pinterest addict and follow quite a few party blogs.

6. What has been your favorite crafting project so far? Do you have a “bucket list” project that you’d love to accomplish one day?
My favorite craft project so far would have to be my wedding, which was basically a bunch of little projects rolled into one. I got married in August and spent 6-9 months before that planning and creating all of the decorations and signage. It was really exciting to have a creative vision and then to see it all come to life.

I have a huge crafting “bucket list.” My husband and I are currently looking to purchase our first home so I see a lot of home décor projects in my future.

A snapshot of the handmade decorations made by the crafting queen for her wedding day.

7. What’s in store for you in 2014? Anything exciting in the works?
Yes! I just redesigned my amy is the party blog and I plan to continue improving with better photography and more DIY projects. I also have some plans in the works for the IndieSacramento website. I still want to keep the craft aspect of the site but I also really want to feature other small (local) businesses as well.

8. Last question: Chevron seems to be the print of the moment. As Joan Rivers would say: Got to have it? Or make it stop?
Make it stop! I’m sorry to say I’m a little sick of the traditional chevron pattern. That doesn’t mean I don’t like a little of it here and there, but it should be used in the same way you might add a “pop of color” to a room or to your wardrobe. It’s best when used sparingly!

Keep up with Amy:

Make sure to say “hi” to Amy at IndieSacramento’s upcoming
Holiday Pop Up Shops event at Building 212 on December 14.