Alex R. Trujillo (A.R.T.) Combining his talent and love for graphic design with his adoration of music, Alex Trujillo is a prolific and proficient DJ and artist. He offers a combination of his talents through…

Combining his talent and love for graphic design with his adoration of music, Alex Trujillo is a prolific and proficient DJ and artist. He offers a combination of his talents through his creative sound and visual projection studio, Visao Media, and further pursues his artistic endeavours through graphic art, photography, multi-media painting, street art, and spinning at live events. 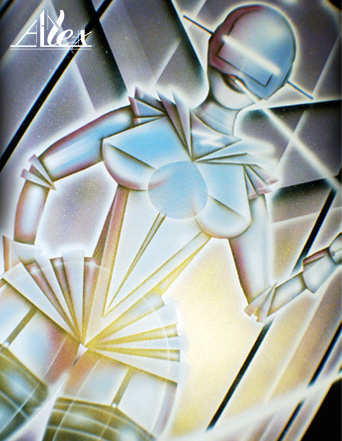 Background
As a young child of the ’80s and ’90s, Alex absorbed the iconic music, art, and memories of the time. It wasn’t until the age of dance music and digital graphics took off, however, that sparked the beginning of his inspiration for design and entertainment. If Alex wasn’t staying up all night discovering new concepts for school projects, he was out at clubs, acting as a wallflower and absorbing the electronic music era. 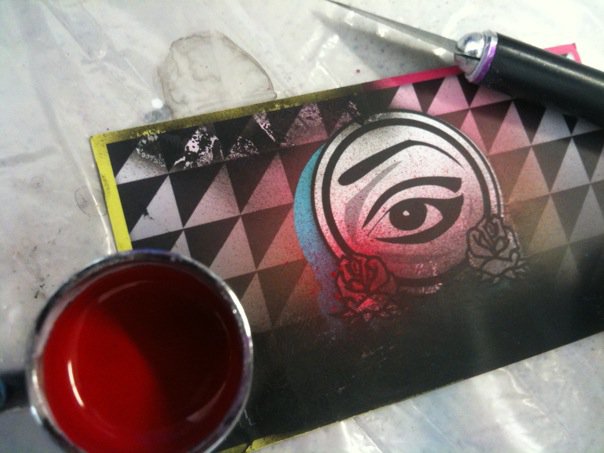 Over the last 10 years, Alex has been involved with creative groups, throwing special events that fuse the art of music and technology with art installations from local artists. These collaborations spurred Alex to launch a website featuring interviews his favorite artists, beginning in 2008 with the legendary artist Danny Tenaglia. This website became the platform for one of Alex’s future businesses–Visao Media–producing and releasing digital tracks and kick starting his journey to travel to places all over the world.

Alex’s musical influence comes from a mulititude of locales, including DJs from Chicago, New York, and San Francisco. Among those that influence him, Alex notes downtempo/jazz artists Medeski, Martin & Wood, Trentemøller, Nicolas Jaar & St. Germain and uptempo artists Justin Martin, Totally Enormous Extinct Dinosaurs, Frank Bretschneider, Soul Clap and Rone. He says, “These artists to me are story tellers and they just have a certain sound that speaks to me.”

Though he doesn’t like to tie himself down to any one genre, he says “If I could play exactly what I wanted for a show, it would start slow with glitchy ambient sounds, then gradually build momentum with bass and percussion sounds, this would match some type of visuals and get people thinking about their surroundings and how their mood is being influenced.”

Below are a couple of Alex’s recent mixes, giving you a sample of his sound.

Take This & Run With It is a modern take on the lo-fi (downtempo) sound. Every mix has a story, however, and this one can be translated simply as “let’s run away together, and not look back”.

Take This & Run With It by alx-t

Art & Sound at Terminal B is a sound mix performed at the launch of Sacramento International Airport’s new Terminal B, honoring the commissioned artists/designers. The sounds you hear in this mix are thoughts, memories, and emotions conveyed through shape, color, and movement. The repetitive and uptempo melodies represent constant movement we all endure on our worldly travels.

On top of his musical talents, Alex is also an accomplished fine artist, focusing on multi-media paintings with influences of Japanese calligraphy and street art. He often fuses the mediums together, using a variety of brush and nib techniques. Alex has always been fond of typography–from handwritten script to the geometric type found in art deco posters–and appreciates works from the Bauhaus and de Stijl movements.

He claims his secret passion (although it’s out now!) is for skyscrapers and how they shape our cityscapes and he enjoys creating art that causes viewers to think about the city and space that surrounds them. If you drive down J Street, between 10th & 11th, look to your right and you will spot a couple of Alex’s street art pieces. 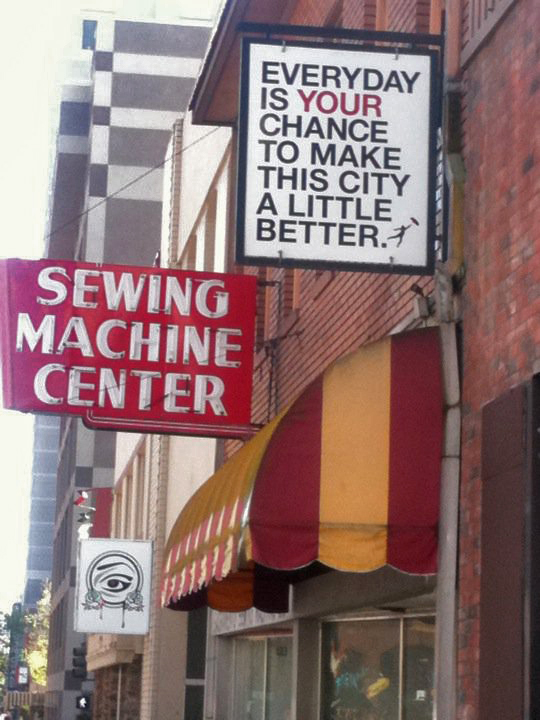 One in particular is a positive message to people: “Everyday is your chance to make this city a little better.”

Of it, Alex reflects: “Rather than just put art up, I thought of something that would be a message to people who live here and give them some type of inspiration, whatever their situation is. I chose an area with high traffic, dead space and made sure [the pieces] weren’t an eyesore.”

Above all, Alex is inspired by others who aren’t afraid to be different and break the rules when it comes to art. 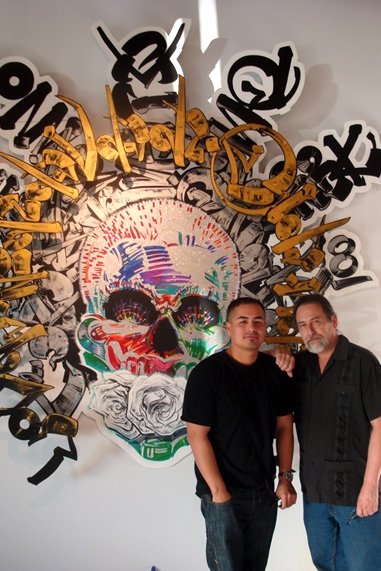 He is particularly honored by the work he’s done for the “godfather of graffiti”, Chaz Bojorquez. Alex met Chaz while visiting the 01 Gallery in Los Angeles. Chaz saw Alex’s works & asked Alex to create the invitation for his “40 Years of Graf Celebration”. See them together at left!

Ongoing & forthcoming
Alex actively hosts and participates in creative events with the aim to bring new digital entertainment to an audience. Alex’s current artworks comprise of art deco, Japanese calligraphy, and futurism and can be found in cafes, street corners, and walls of galleries in Sacramento and San Francisco. Watch for his upcoming shows in music, fashion, and experimental art, with interactive applications on the horizon.

This month, catch him spinning on Friday, Jan 13 at The Platino Hour: Luxury Tasting Event, occurring at Mayahuel as part of Dine Downtown Restaurant Week.