Tim Collom   With thick, layered paint, bright colors, and beautiful scenes, it's hard not to be instantly drawn to Tim Collom's artwork. Although he has loved art from a young age and has…

With thick, layered paint, bright colors, and beautiful scenes, it’s hard not to be instantly drawn to Tim Collom’s artwork. Although he has loved art from a young age and has been drawing since he was a kid, it’s only been in recent years that Tim has created a professional career out of his art.

In the real estate business by day, Tim spends his nights in the studio, painting landscapes, animals, and day-to-day life. (You’re likely to spot some familiar Sacramento scenes in his collection.) He explains, “I use my art as a release from my day job. [Real estate and painting] both complement me because each are creative in their own ways. I paint late night where there is peace in my studio to unwind.” 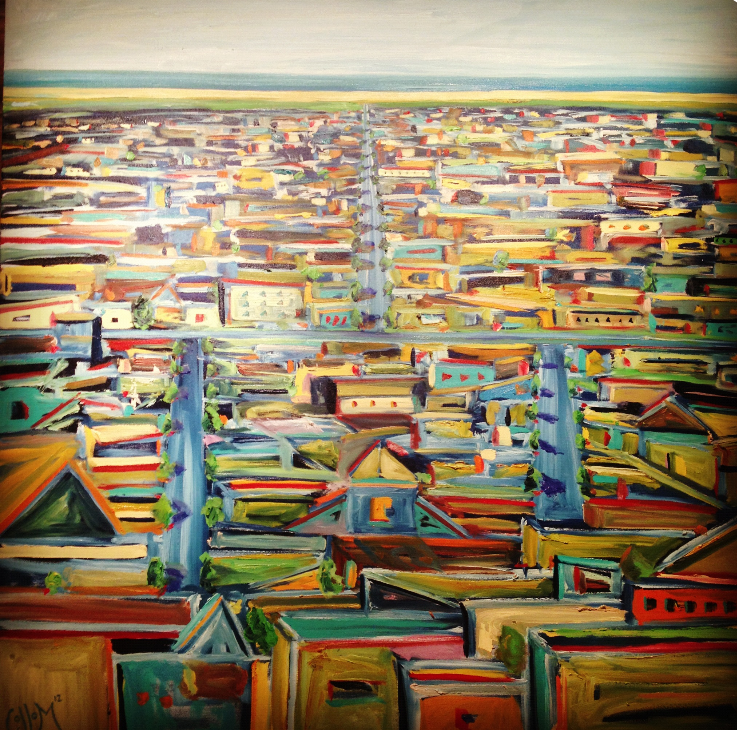 And, while he is prolific, Tim’s paintings fly right off the wall. His work is held in over 75 private collections in California. Sold out of his current work, Tim is facing 2013 head on, gearing up for shows in Los Angeles, San Francisco, and Sacramento featuring aerial beach views, vineyards, and trees.

He has several projects and commissions he’s working on as well, including a large piece for Johnson and Johnson. His segment on the PBS show Rob on the Road will be aired nationally soon (though you can also preview his clip via the video below): 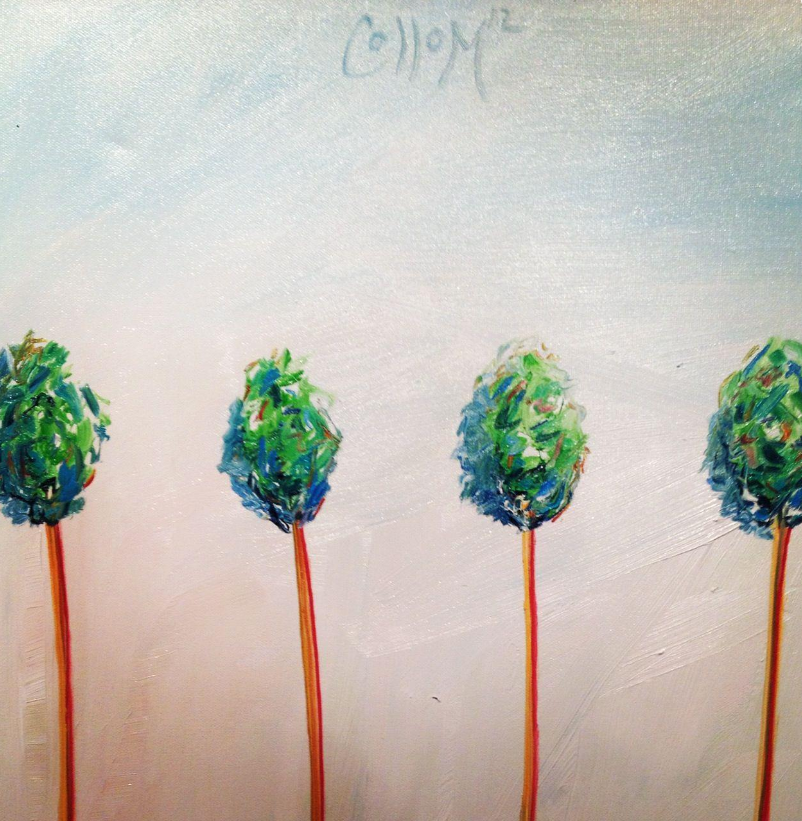 Above all, Tim loves connecting to the community through his work. He donates work to charitable auctions and other such causes. His vineyard piece in this year’s KVIE Art Auction won the curator’s award and sold highest over retail and his “Four Trees” painting at the St. Francis Revelry auction recently sold for $4500. Being able to give back to the community in such ways is an important part of Tim’s work.

Tim’s paintings run from identifiable to almost abstract in their representation. In “Coastal Town” (pictured at right), swooping lines lead into dots which lead into squares—patterns pleasant on their own, but when paired with the title can be realized as waves, beach-goers, and buildings. This is in contrast to his more representative work, which includes scenes of chefs cooking in kitchens, famous musicians, trees, and animals (such as the dog, below at left). Yet these still remain true to Tim’s style: vibrantly colored and rendered in broad, bold strokes. 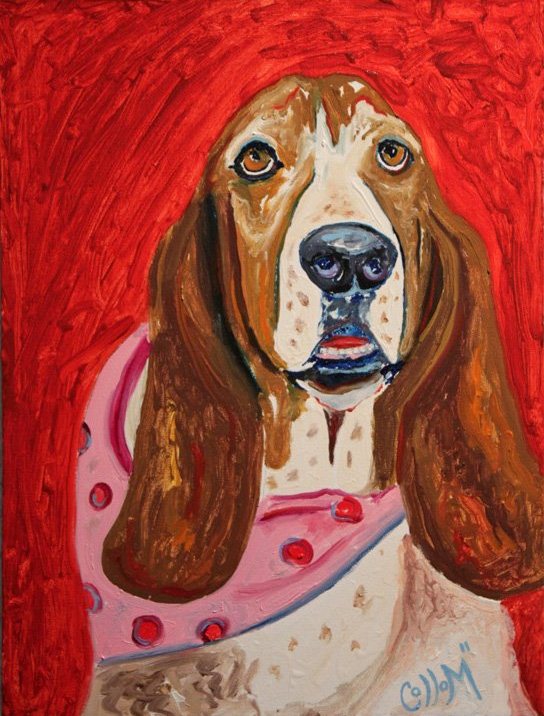 Seeking a spot to show his work, as well as showcase the work of other Sacramento artists, Tim opened the Tim Collom Gallery in Midtown in April 2012. The Gallery now represents five artists in addition to Tim: Ted Weldon, Saba Rahimian, Adam Wever-Glen, Brooke Walker-Knoblich (another Sac365 Featured Artist!), and Cameron Walker. Swing by the gallery any 2nd Saturday, or during regular hours: Wed-Sat 11am-6pm.

Rising to the surface 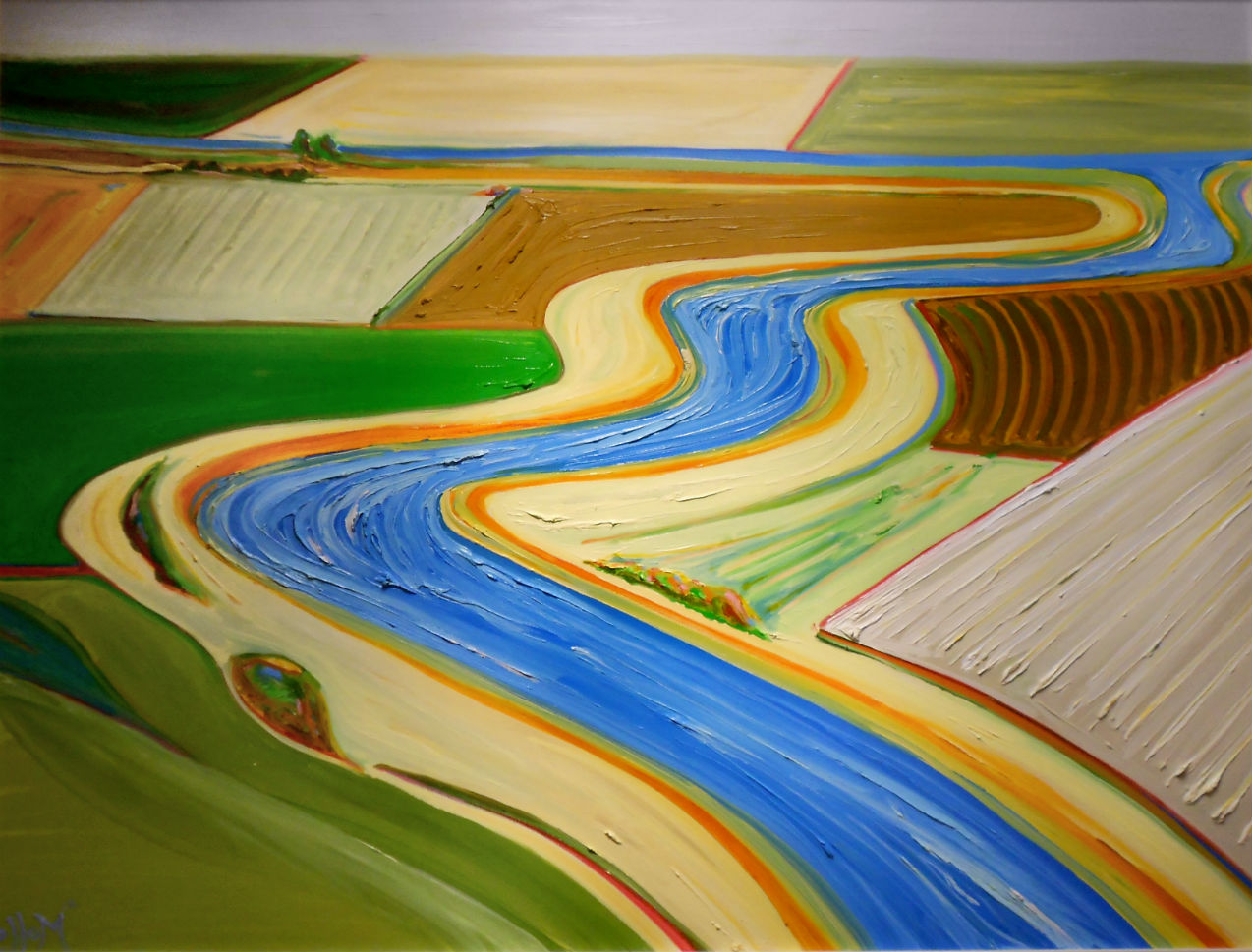 Tim has found much success in a relatively short period of time. Much of this growth is due to his charismatic, outgoing personality and—of course—his talent, but he also attributes it to the “unwavering support from my wife, friends, and clients that have pushed me to follow my passion” and because “Sacramento is so supportive of local talent and has such a rich art history.”

His advice to fellow artists looking to get noticed: “I would definitely tell young and upcoming artists to reach out to their audience and to not be afraid of criticism and rejection. Art can sell itself but people love to see the artist behind the work and take comments and criticism, good and bad, with stride and a positive attitude. Take any opportunity you can get, big or small. Don’t be afraid to approach galleries and attend gallery receptions [and] most importantly…give back!” 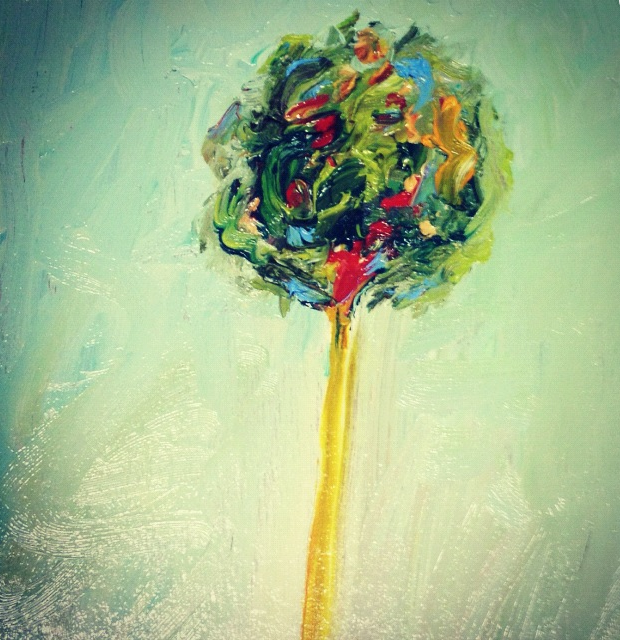