Jeff Musser   Background Born and raised in Sacramento, California, Jeff Musser fostered a passion for the arts that drove him to pursue an education in Fine Arts. He decided to study at The School of… 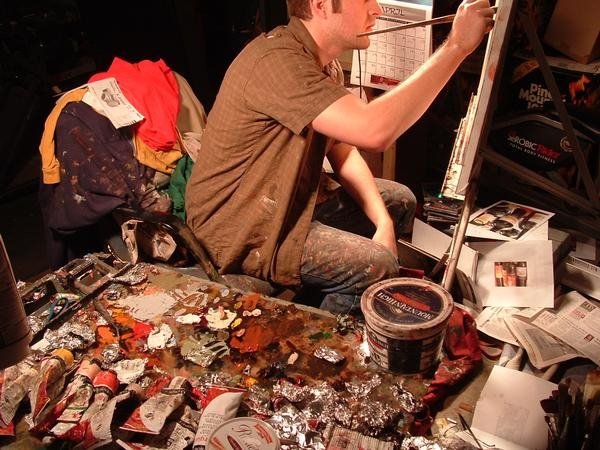 Born and raised in Sacramento, California, Jeff Musser fostered a passion for the arts that drove him to pursue an education in Fine Arts. He decided to study at The School of The Art Institute of Chicago and earned his B.F.A in early 2000. Upon graduation, Jeff designed Happy Meals for McDonald’s until the economy tanked after 9/11 and he was left unemployed. Luckily, this left him all day and night to paint. 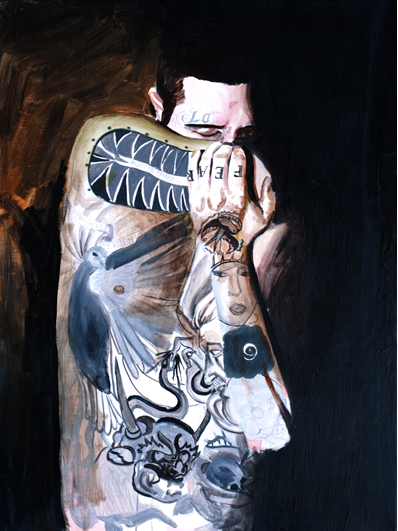 In 2003 Jeff returned to Sacramento, where he held a string of unfulfilling jobs until 2005 when he decided to take a leap of faith and become a full-time artist. Due to his tenacity and the timeliness of arriving in Sacramento right when the art scene was rising, Jeff was able to overcome the trials and tribulations of being a starving artist (paying bills, purchasing supplies, etc.). He balances his personal work with commissions (ranging from illustrations for TV commercials, murals, and personal commissions–he’s received personal commissions from the likes of Oprah!) and has emerged a full-time artist with a well-developed style.

Last summer, Jeff completed a residency at The Art Institute of Chicago where he spent time evaluating contemporary studio practice through the lens of the 2010 Whitney Biennial. Though he shows extensively in Sacramento, he also shows frequently throughout the U.S. His art has graced the walls of galleries in Brooklyn, Chicago, Boston, New York City, San Francisco, Los Angeles, and beyond.

Emerging from their unsavory, often times unjustified reputation of the recent past, tattoos have gained increasing prominence in the past decade and also play a prominent role in Jeff’s work.

“People are now realizing the power tattoos have. I feel the art of tattooing has the power to bring one a fresh sense of purpose; the faith in the possibility of making a new harmony out of the tragedy of life. This

expression of individuality, I believe, is one of the defining languages of my generation. I am intrigued as to why people express themselves in such a permanent manner, why they use the symbols they use, and how I can learn from that language to express issues I have about my life,” says Jeff. “I use the blank canvas of my skin, incorporate existing tattoo symbols, develop my own iconography, and create a world that only exists within a painting. I can create a world where the ugliness of my life becomes aesthetically satisfying when it is given artistic form, showing that it can be contained if not expunged, thus making it less traumatic, and revealing the beauty and social relevance of tattoos.”

With classical technique and one particular painting entitled, “Maybe now my paintings will be weird enough for you pseudo art intellectual assholes,” the artist’s work might be described as, what author Donald Kuspit calls, “Art that is neither traditional nor avant-garde, but a combination of the two. Work that brings together the spirituality and humanism of the Old Masters with the innovation, humor, and criticality of the Modern Masters.” 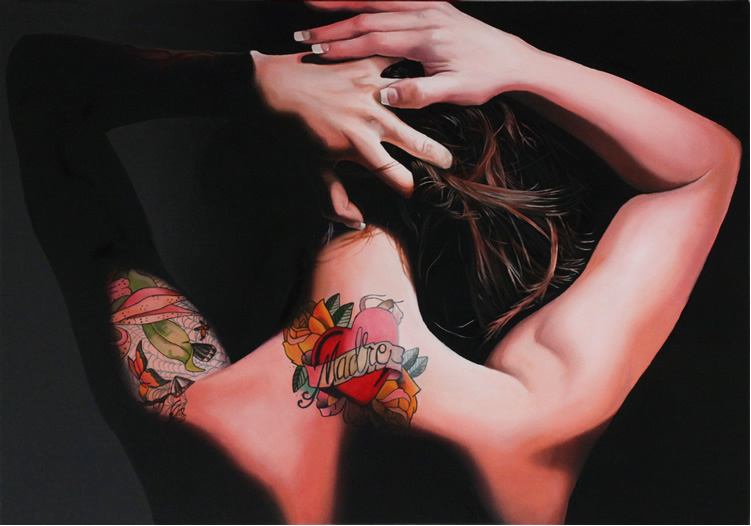 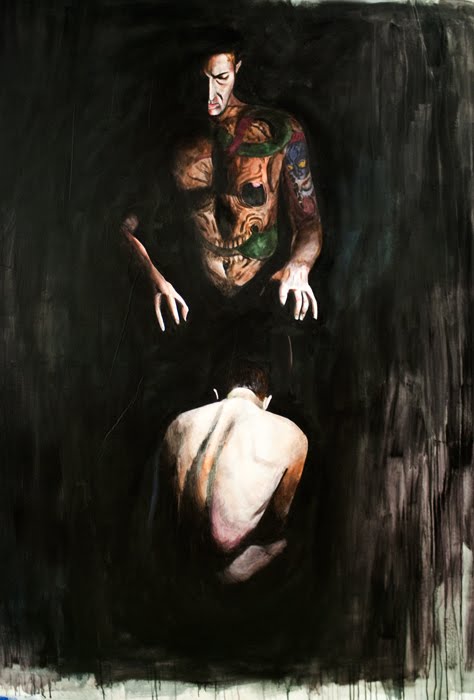 “For years, I have been afraid to let go and truly express what I feel in my work. This may sound foreign to other artists and people who follow the arts. Even I admit it is a bit strange for me to say that. I have always painted what I wanted and enjoyed the various subject matters over the years. I enjoy old master painting techniques and I enjoy the technical challenge it offers me and I have found joy in the influence tattooing has made upon my paintings. But my work has always been very controlled, very meticulous, very precise, and in my view, very safe.

Even if I didn’t care for an artist’s work, I always envied and admired their resolve to just let go. My current direction will reflect my process of letting go of all the fear and depression I have been holding onto. All the same, influences will remain within the new work: old master inspired compositions, realism, tattooing, and how the art form is a physical manifestation of inner dialog. But the new work will be much more personal, more surreal, and darker. It may not be pleasing to the eye, but it will something far more important, it will be honest.”

In 2004, Jeff donated two paintings to the charity, We Are The Future, at a friend’s suggestion. One of the charity’s founding members, music legend Quincy Jones, was so impressed with the work; he invited Jeff to attend the Foundation’s kick-off concert in Rome, Italy as an honorary guest.

This year, from Jan 7-Jan 9, Jeff will be participating in Postcards From the Edge in New York. Postcards From the Edge is a Visual AIDS benefit show and sale of original, postcard-sized works on paper by established and emerging artists. All works are sold on a first come, first-served basis. The works are signed on the back and exhibited so the artists’ signatures cannot be seen. While buyers receive a list of all participating artists, they don’t know who created which piece until purchased. All proceeds support the programs of Visual AIDS, which utilizes art to fight AIDS by provoking dialogue, supporting HIV+ artists, and preserving the legacy. 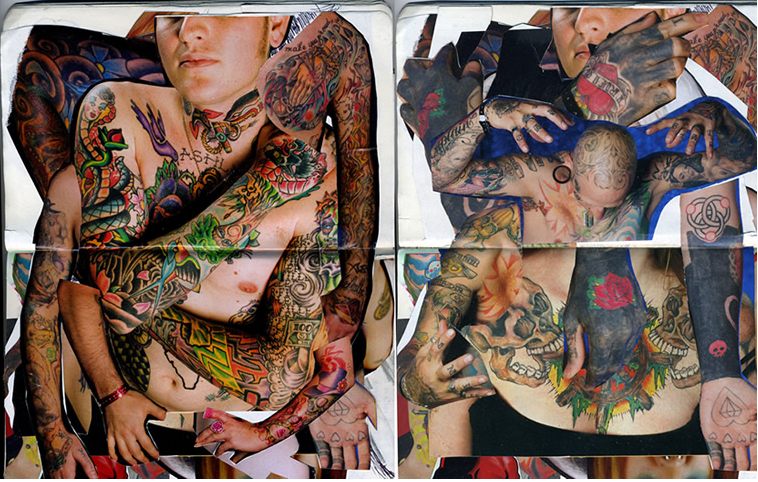