David Peterson Sacramento is lucky to have award-winning watercolorist David Peterson call this city home. His breathtaking landscapes depict local scenes, and browsing through his portfolio you are bound to come across a familiar spot.… 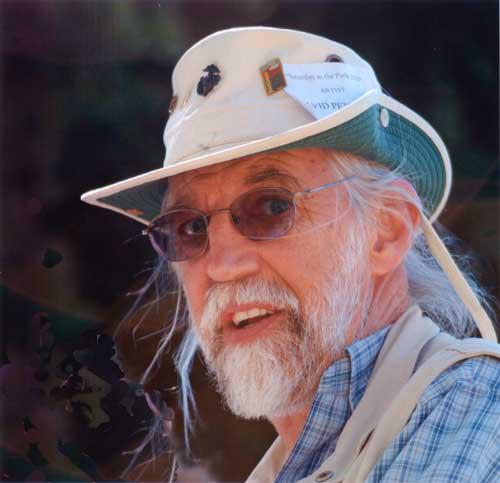 Sacramento is lucky to have award-winning watercolorist David Peterson call this city home. His breathtaking landscapes depict local scenes, and browsing through his portfolio you are bound to come across a familiar spot. City Hall, Old Sacramento, and Tower Theatre all make appearances, along with seemingly limitless natural and urban scenes. 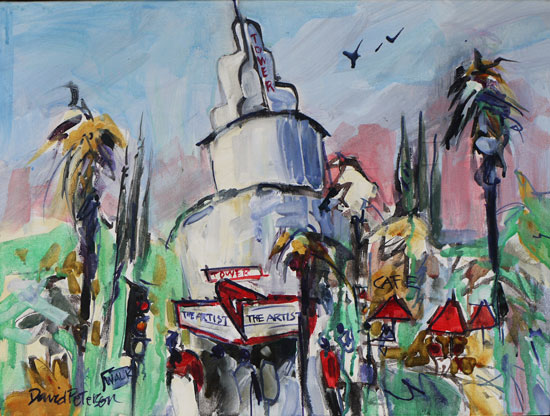 Since delving into art full-on, David has gained much recognition for his delightful work, including recently receiving Northern California Arts (NCA) Master Painter Signature status. But, he hasn’t always been a full-time artist. Though he discovered a passion for art in high school–taking every art class he could, and even using his non-art classes as an opportunity to doodle in the margins of his notes–after high school, as he explains it, “life interrupted.”

He was drafted in 1966, joining the Marines and deploying to Vietnam; he worked as a truck driver; he worked alongside engineers building roads and bridges; he spent 15 years in the restaurant business and 25 in the printing business; he married and raised two daughters. But, after all, that, he says, “I renewed myself with the passion for painting that I had as a 19-year-old.” And, since then, there’s been no slowing down and no stopping.

David started out on his renewed artistic path by joining WASH, Sacramento’s watercolor club, and although he’s not sure what exactly caused him to take up watercolor painting, the initial impetus proved fruitful, and watercolor remains David’s passion, though he does also paint with acrylics.

Often, the same scene or building will reappear in David’s work. This repetition, however, is in no way a copy of what came before. As David explains, “I tend to work in series. I love places and the story they tell. I will go back and paint subjects over again. The paintings always come out different.” He is drawn to “our California urban environments and our American River” and scenes from these permeate his work. 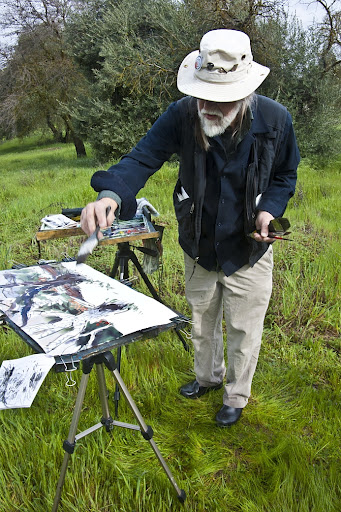 In addition to painting these environments, David loves to be in them. Most of his work he paints on site, from life; he never paints from photos (though sketches will suffice if he’s not able to be outdoors). This style, called en plein air, follows the traditions of the California-style watercolorists he most admires, such as George Post and Ken Potter. He is also influenced by Van Gogh, John Marin, Henry Fukuhara, and the work of all his mentors and teachers–including Woody Hansen who has taught him for almost a decade.

About his work and evolution David says, “My best teacher has been experience. I portray the familiar scenes of our neighborhood in a humorous and enigmatic way. The humor is subtle and not really intentional. Sometimes the joke is just for me, that is the enigma. But people smile and laugh when they see some of my paintings. I don’t intend for my work to be on the darker side…but I accept what comes out.”

On top of his personal painting exploits, David works on commissions, curates art shows, teaches outdoor painting workshops, and assists in using art to raise funds for various causes. He serves as an Executive Member of the Sacramento Fine Arts Center’s Board and was a past president of WASH.

Currently, you can see David’s work on display at Papayas Cafe, Sacramento Fine Arts Center, and in July at Blue Moon Gallery. One watercolor work has also been accepted into the California State Fair’s California Fine Arts Exhibit, and he’ll be participating in the Plein Air at the Fair event on July 21 & July 22. 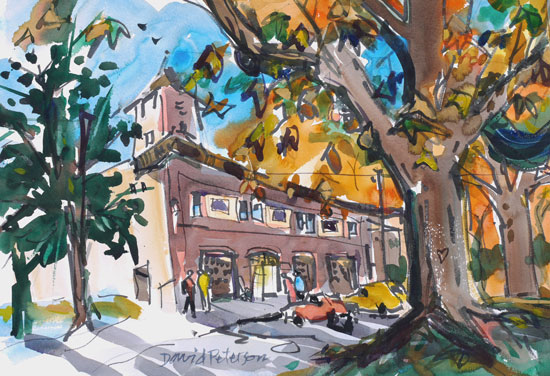 In addition to the solo exhibitions of his work, David is involved with many upcoming events around Sacramento. He is serving as show chair and curator for Painting Where the Wild Things Are, a fundraising event featuring art of the American River Parkway on June 9 at Effie Yeaw Nature Center, as well as assisting with organizing the Paint Out for Art in the Park, a benefit for Sutter-Jensen Park on July 7, where you’ll be able to watch local artists put paint to canvas (or even bring your own supplies and join them).

You can also catch David out in the community at events, whether demonstrating his painting skills or simply painting in public. On June 3 he’ll be participating in the first GOOD: Street Food + Design Market, live painting at the Sac365 booth. Monthly you can find him at the 3rd Saturday Paint Out–a free event he facilitates for painters who want to paint outdoors (see information about the June Paint Out at Miller Park)–and weekly every Tuesday at the Sacramento Fine Arts Center’s Hang Out and Do Art.

Keep up with David:
Website
Facebook
Email
If you are interested in demos, live paintings, or watercolor activities for any sort of party or event,
feel free to inquire with David! 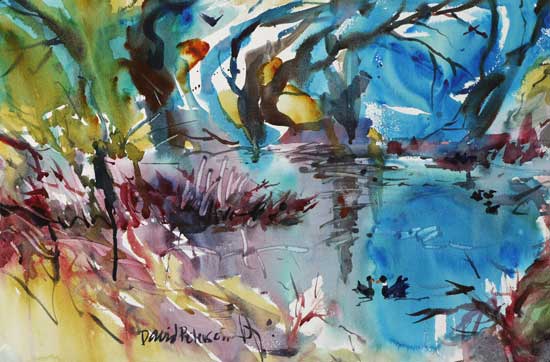