Marianne Bland (born 1982, SF Bay Area) is a mixed media artist committed to making original, affordable art accessible to the average person. Throughout her life, Marianne has been involved with art. At the age of 16, she became the youngest person in the history of her hometown to obtain a business license for mural painting, which kicked off her art career and culminated in a 50-foot “History of Transportation” public mural (below) commissioned by the city of San Bruno in 2008.

She continued her pursuit and interest of art through her studies at the California College of Arts & Crafts, where she obtained a fine arts education with a focus on drawing and painting. Her studies included training under renowned American artist Raymond Saunders, who was on the panel that selected her for a study abroad program in Marseille, France. Studying in France gave Marianne a broad world-view that significantly impacted her passion for art-making. 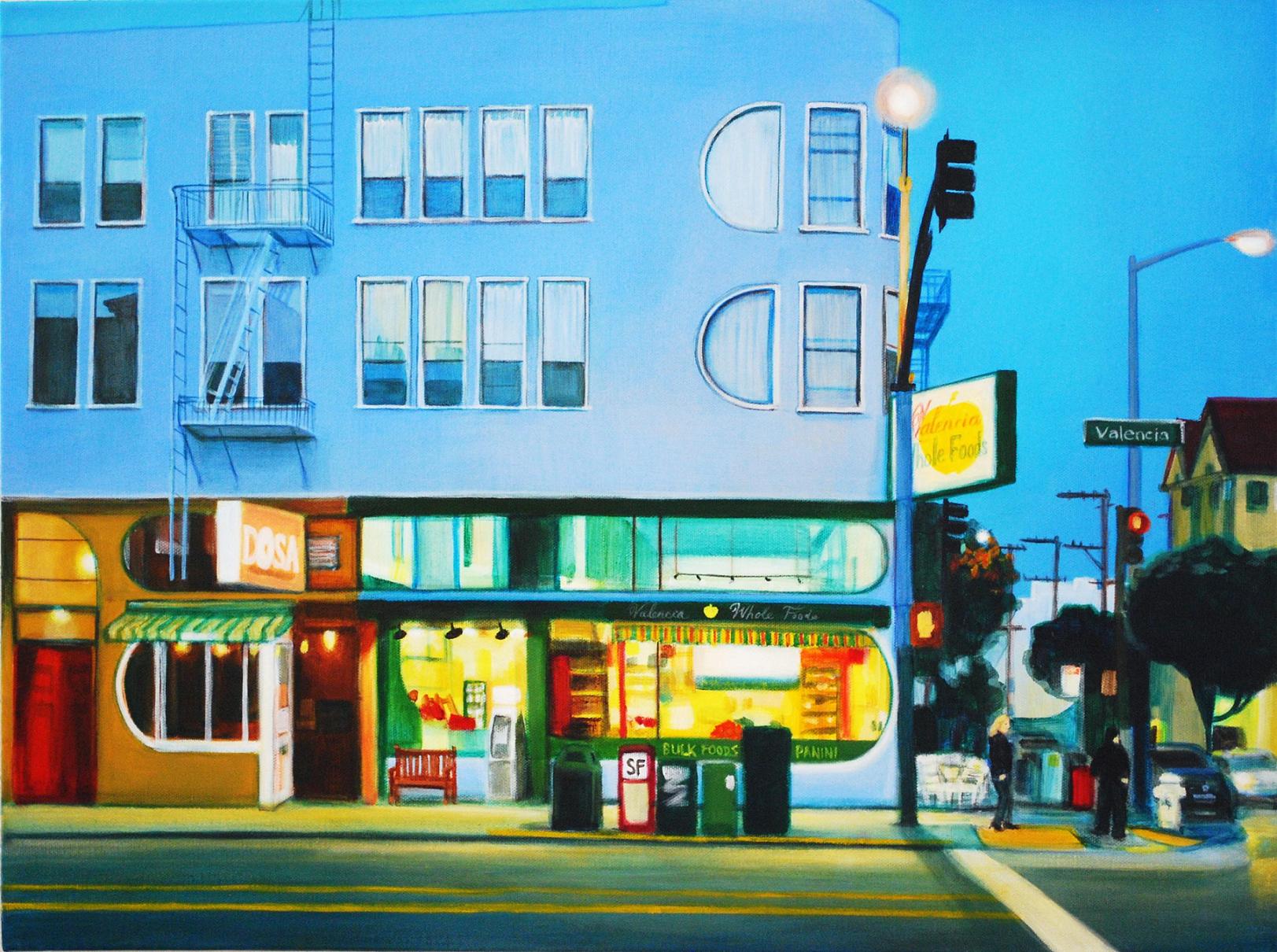 Marianne has a strong foundation in realist painting. She paints colorful, slightly abstracted images of city scenes she has visited and connected with using her own photographs for reference. She explains, “I believe that busy cities have a rich accumulation of the energy, experiences and memories of their inhabitants and I work to create an instant connection to that vibrancy in my pieces.”

One of her greatest influences is local artist Wayne Thiebaud, whose command of color has left an indelible mark upon her own style. Pieces like “Valencia Blue” (above) have been compared to Edward Hopper. 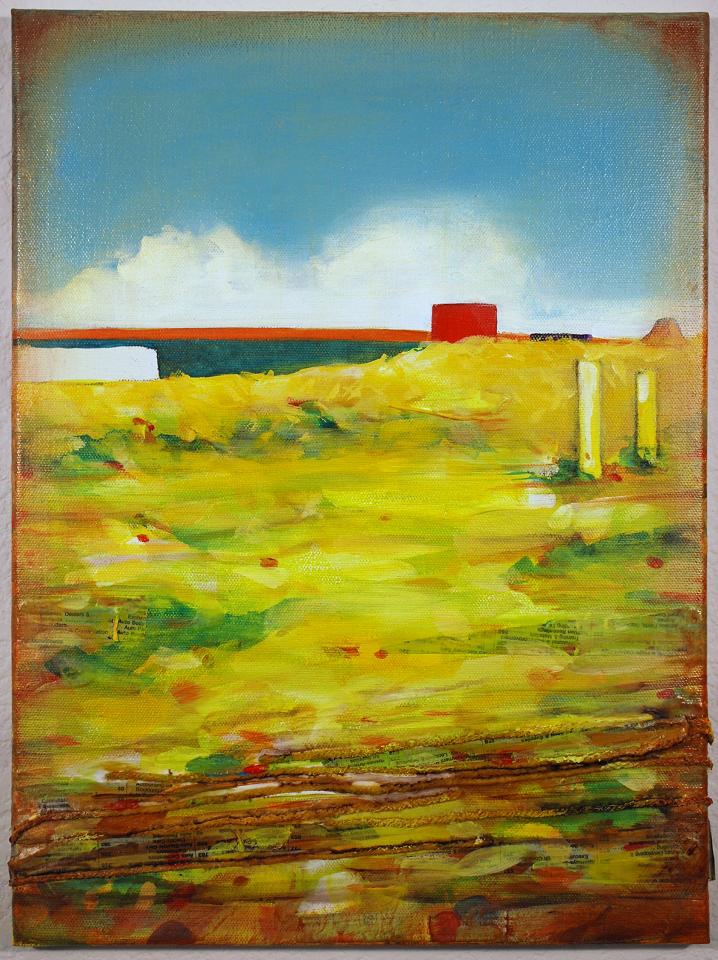 In her mixed media pieces, Marianne arranges vintage elements to create modern allegories around themes of memory, social constraints/expectations, and nostalgia. Local thrift stores and donations from friends and family provide a rich variety of elements to choose from.

The incorporation of other elements into paintings is something Marianne has explored off and on since her teenage years, but it was two years ago that she really began to re-experiment with mixed media—embedding yarn and paper into her acrylic paintings. She loves words, language, and etymology (she is a self-professed dictionary collector!) and has long been drawn to the idea of adding words in a harmonious way to her art.

Watch this video to see the creation of “Nostalgia” – her largest mixed media piece: 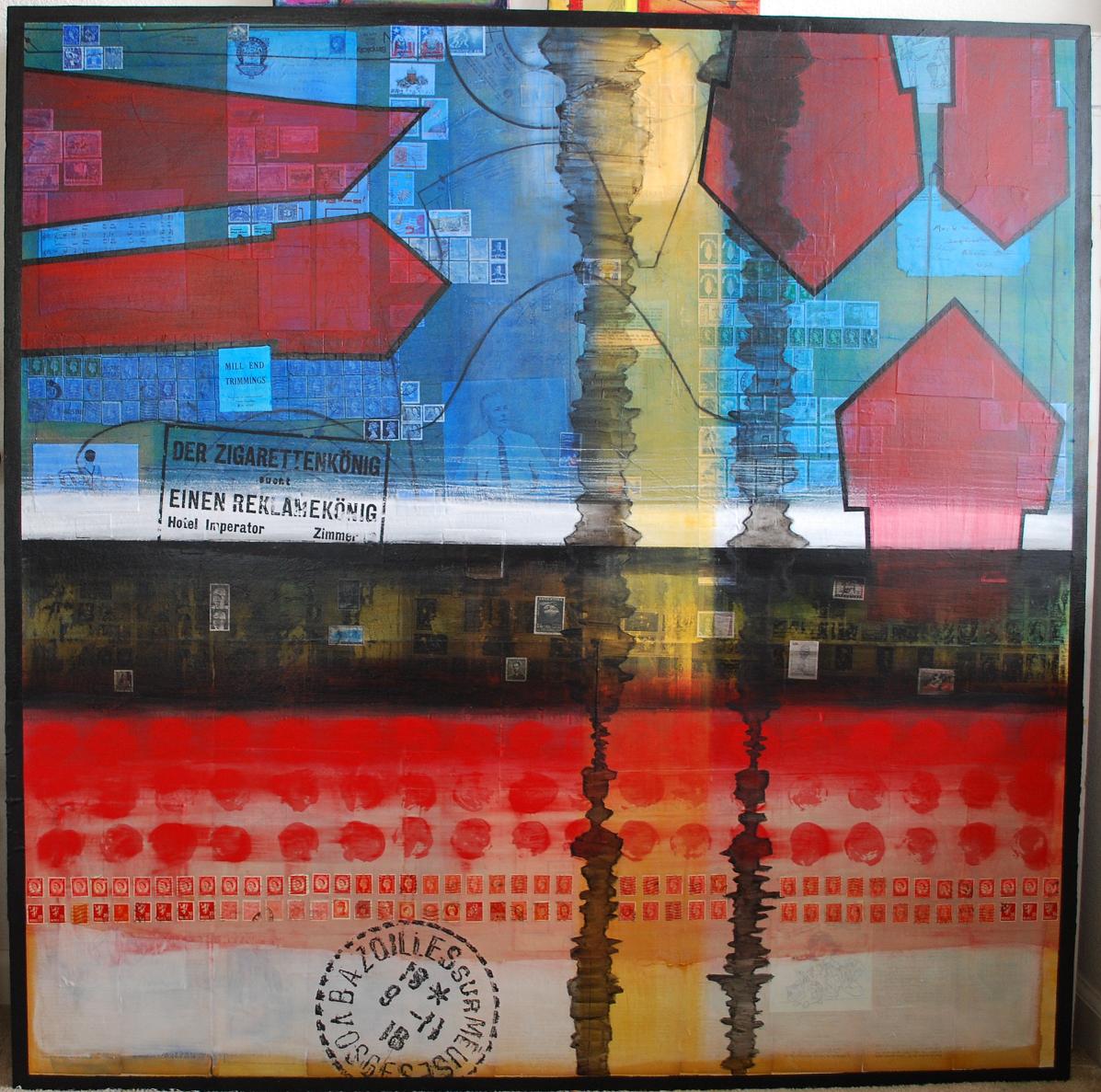 Social Media has been instrumental for Marianne in marketing and selling her work and connecting with the local artistic community. She finds it to be a fundamental necessity for any artist, which is one of the reasons she was asked to sit on the panel for The Art of Social Media, sponsored by the Sacramento Social Media Club at The Urban Hive in July 2010. Primarily, Marianne uses Facebook, Twitter, and LinkedIn to share new blog posts. These connections are shared and proliferated around the web and result in unexpected visitors to her fan page. Connecting through the online world has also led to many face-to-face connections locally. 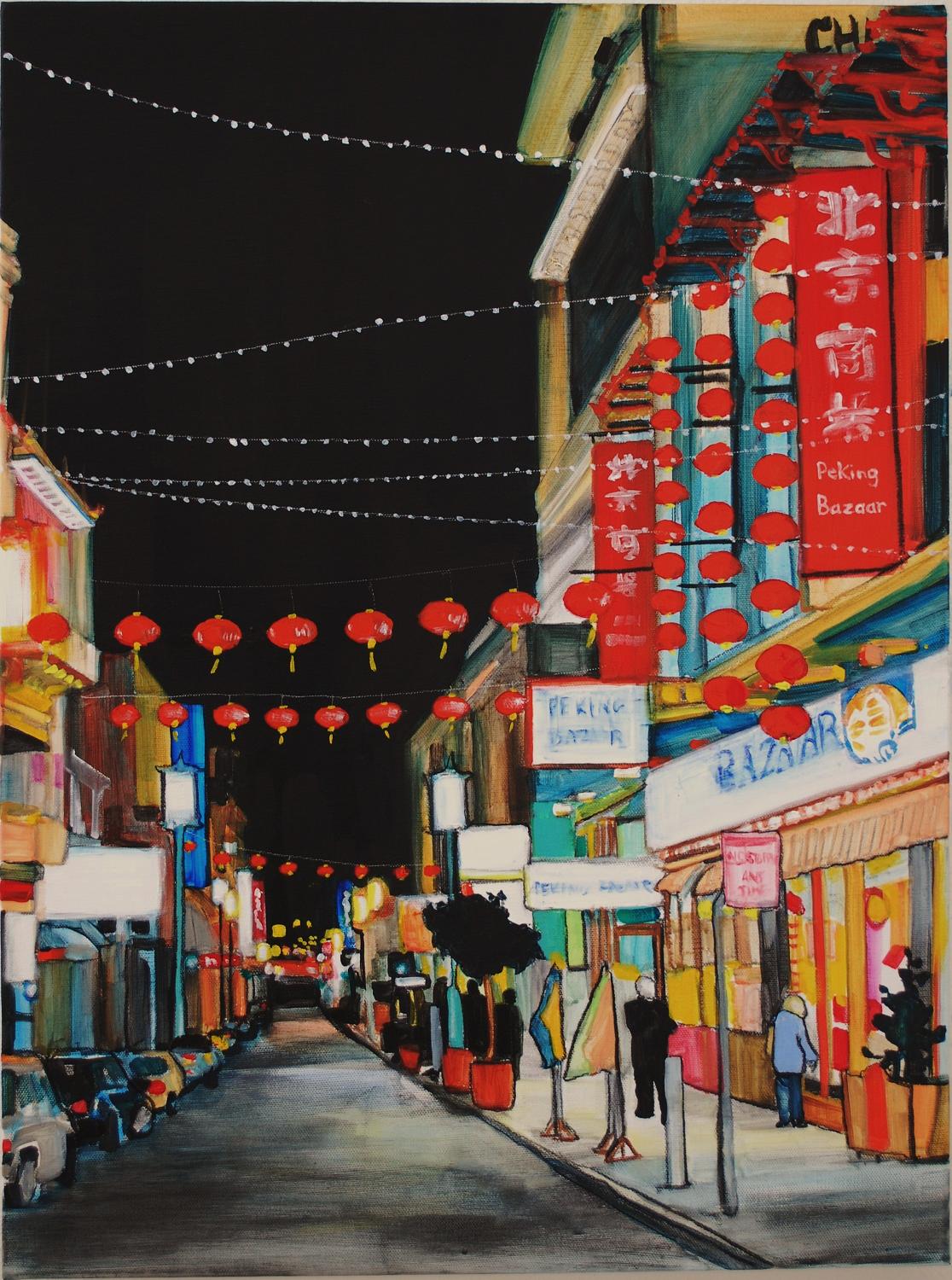 From 2008-2010, she managed a local team of artists & crafters selling on Etsy, a global marketplace for buying and selling handmade goods. The team made a decision to disband in favor of local solidarity—they now are involved with the primary local team: Sac Etsy. The team is a fantastic way to organize, learn, and connect with other artists.

They work together to create opportunities for group shows and reduce the learning curve for running a small business (which, Marianne notes, is essentially what any professional artist is doing!). Being acquainted with a community of local artists gives Marianne insight into venues, marketing, and trends of which she would otherwise be unaware. 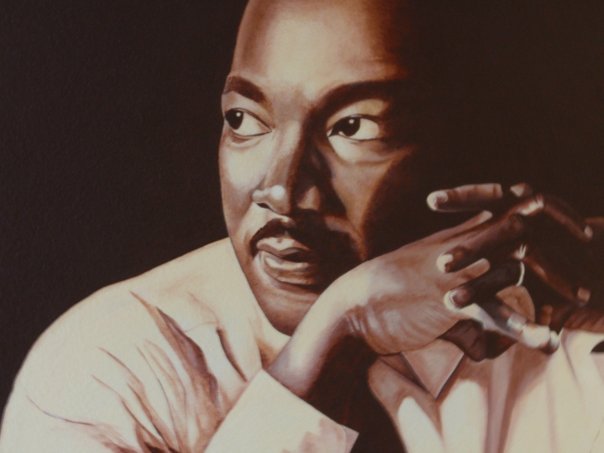 On top of creating community online, Marianne is involved with creating community offline. She donated her mural of MLK Jr. (right) to Mercy Housing’s MLK Jr. Village (3900 47th Ave., Sacramento), a facility that provides housing and community services to the homeless.

In 2010, Marianne issued herself a challenge: create at least one new piece of art every day for a year. This undertaking, known as ArtProject2010, produced a multitude of paintings, linocuts, photographs, jewelry, sculpture, and fabric art. Over the course of the year, the daily challenges helped Marianne define her aesthetic and forced her to find inspiration in new and unforeseen places. Furthermore, the project allowed her to develop her artistic perspective and become a more productive maker of artwork.

The project also assisted her in connecting with lots of new, creative people and art lovers through her blog, as well as the Instructables she authored that year, detailing the how-tos of certain projects.

This year, instead of a daily project, Marianne is focusing on a series of nightscapes, realistically rendered in oil. The paintings are on a larger scale than the majority of her past work, so she is balancing the larger works with further explorations of mixed media abstracts.

She is also continuing to show her work in galleries and venues throughout California. Currently, a selection of her mixed media abstracts is on display at Deeda Salon in Sacramento. In April 2011, she is showing at the Urban/Rural Group Show at City Art Gallery in San Francisco.