Autumn Sky Background Autumn Sky is an award-winning, multi-instrumentalist singer/songwriter from Sacramento, California. At twenty-two years old, she has been playing to the crowds of Sacramento for over five years and garnered much local acclaim… 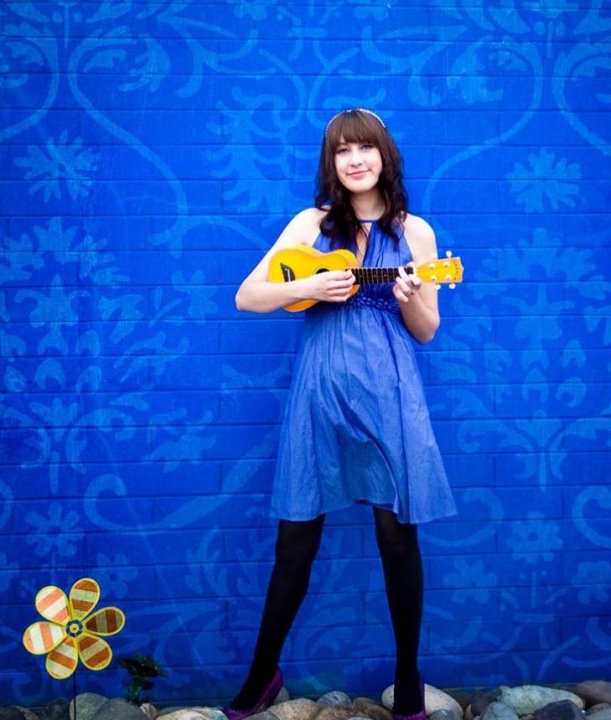 Autumn Sky is an award-winning, multi-instrumentalist singer/songwriter from Sacramento, California. At twenty-two years old, she has been playing to the crowds of Sacramento for over five years and garnered much local acclaim for her lively and engaging shows, as well as her debut EP and album, Diminutive, Petite EP (2007) and All Which Isn’t Singing (2008).

A local indie darling, her dynamic shows (for which she, also a talented visual artist, designs and constructs matching stage sets) have gathered an intensely loyal following and reviews such as “the brilliant splendor of the vocals held the audience captivated and gave me goose bumps,” (Laura Winn, SF Examiner, 2009).

Her unique style mixes pitch-perfect and deeply emotive vocals with indie and pop sensibilities, setting her apart among a sea of singer/songwriters with a mix that manages to entice both young and old with catchy hooks and carefully crafted lyrics. She is based out of Orangevale, California, where she lives with her husband, Matt, and her cute baby kitten, Digby.

“Rockets!” is the first song she ever wrote that she actually liked. Hear her performance of it at The Boardwalk:

Citing Donovan, The Supremes, Carole King, John Denver, Billie Holiday, Bright Eyes, and Ryan Adams as her biggest musical influences, it is not surprising that Autumn Sky has a sound that combines elements from different eras. Her songs are borne from contemplation and are written down only when ready. She says: “I usually have several ideas or melodies for songs in my head at the same time, and I think about them and what I want them to be and sound like quite a long time before I ever am inspired suddenly to sit down and write the whole thing.” 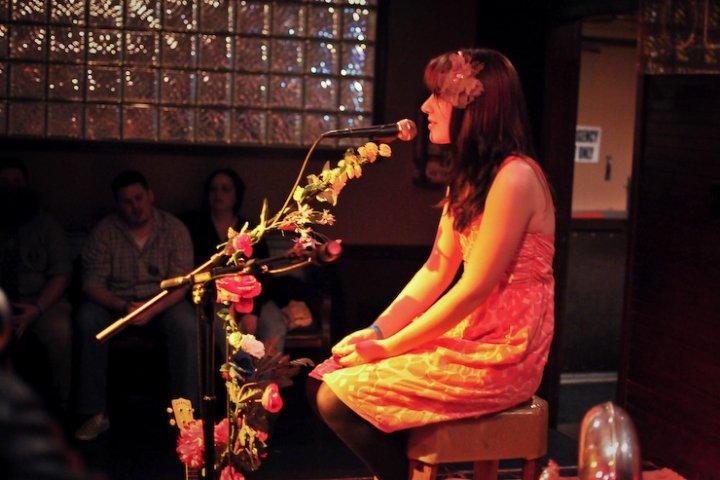 As mentioned briefly above, designing artistic sets for her shows is another element of Autumn Sky’s seemingly endless creativity. It adds a personal touch to the performance–a sense of home on an otherwise unadorned stage–and allows for a coherency between music, performer, and set. In the photo to the right, Autumn Sky sings into a flower-entwined microphone during one of her performances. She has a more elaborate plan for an upcoming show in February, where she hopes to unveil not only a new set but a full band line-up. 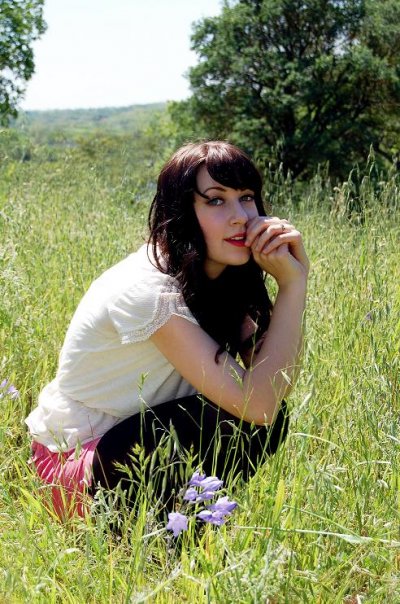 She has been invited to play at such events as the California State Fair, the Sacramento New Year’s Festival, The Concert in the Park series, Macy’s at the Roseville Galleria, The Boardwalk, Sacramento State University, and the Crest Theatre. Her songs have regularly appeared and been featured on such local stations as 90.3 KDVS, 100.5 The Zone, and 98 Rock’s Local Licks.

Autumn was nominated for a Sammie in 2009 and won the Outstanding Singer-Songwriter and Reader’s Choice award in 2010. She also won the coveted Best Acoustic Artist award at the Sac Show Awards in 2009 and won for Best Indie Act in 2010. She has also been honored in such publications as Style, where they named her 2010’s Favorite Local Musician.

She was most recently signed to an indie offshoot label from Capitol, Cinemalight Music Group, in November of 2009 right after her win at the Sac Show Awards. She chose to leave the label and go independent in August 2010 and has recently begun work on her highly anticipated sophomore album, The Hallelujah Chorus. Its release is slated for late spring or early summer of 2011.

Autumn Sky is in the process of creating her second album, The Hallelujah Chorus, and is hoping to go into the studio this December. With a little help from you, she’ll be able to meet her goal.
Donate to her fundraising drive by clicking here.

Catch her this month at:
Naked Lounge Downtown on Nov 11
and
Westfield Downtown Plaza Macy’s on Nov 13