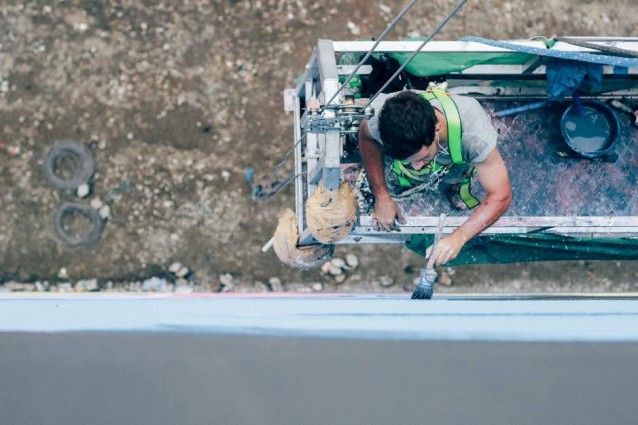 Photo courtesy of Sacramento Mural Festival Tucked away veins of our city, Sacramento alleyways aren’t always given the attention they deserve. With the exception of a handful of urban highlights like Old Soul’s Liestal Alley,…

Tucked away veins of our city, Sacramento alleyways aren’t always given the attention they deserve. With the exception of a handful of urban highlights like Old Soul’s Liestal Alley, and the impressive graffiti’d walls of 17 and I streets and Few and Far Women’s “outdoor gallery” between 23 and 24 streets on S, these thoroughfares are blighted, forgotten, or worse, uninspiring. Roughly occupying 37 miles in our city, our alleyways have the potential to be civic and economic hot spots for a city already in transition. Planners and businesses have increasingly been interested in finding ways to “activate” these spaces – could artists help play a role?

David Sobon, benefit auctioneer and Sacramento Mural Festival chair, thinks so. Inspired by the success of recent private/public partnerships and the talents of local creatives, Sobon wanted to utilize the arts to beautify the alleys that he walks through every day with his wife and Pomeranian. “They’re pretty fascinating [and provide] a different [view] of Sacramento. Some [allies] are completely developed and others – like those near the B Street railroad tracks — look like rural America.” Working with the Sacramento Metropolitan Arts Commission (SMAC), the Friends of SMAC, and the contemporary art consultancy, LeBasse Projects, this idea became a reality through the Sacramento Mural Festival.

From August 20-27, 10 artists will paint more than a dozen murals along Jazz Alley (between J and K streets). Muralists range from local talents to international stars (see “Participating Muralists” below) and for a good reason. “The opportunity for [sic] our emerging artists to work with international stars could give them the experience and exposure to break out and paint far from Sacramento. A mix of both is great for Sacramento on the global stage and the interest from media from around the world is building beyond our expectations” says Sobon.

Tours, lectures, and conversations about public art, design, and murals will complement the art making (See “Mark Your Calendars” below). 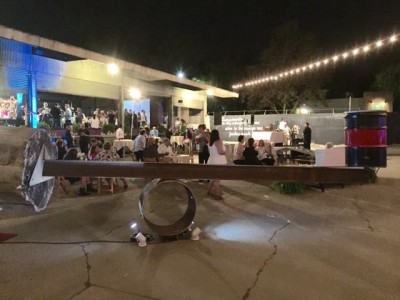 Photo courtesy of Friends of SMAC.

Sacramento Mural Festival culminates with ArtJam 2016, an interactive party and the signature fundraising event for Friends of Sacramento Metropolitan Arts Commission. Now held in the two-story parking garage on 20 and L, the second annual event promises even more art and revelry, according to ArtJam co-chair Ingrid Foster. “We aim to have new experiences and opportunities for guests this year — local artists Jerald Silva, Julia Couzens, Benjamin Hunt, and Elizabeth Higgins O’Connor are just a few of the amazing talents that will lend their eye, knowledge and creativity to the night. We’ll be bringing back a few favorites like Robert Ortbal‘s student masquerade…and let’s not forget the amazing food and drink being provided by local chefs, wineries, and mixologists.”

Along with the goal of transforming the grid, the festival seeks to raise public consciousness on and funding for arts education. “We hope to shine the spotlight on the deficiencies, and more importantly the critical nature of art education for our children. Most elementary schools in Sacramento County do not have music, art, dance, or theater teachers. Studies show students who are exposed to the arts perform better in math and science. Through Friends of SMAC, we support arts education programs in the Sacramento city school districts” explains Foster.

And before even starting, the festival has already left a big impact on Sacramento. “What started out as just the activation of Jazz Alley has already expanded because of building owners wanting to be included from outside of that neighborhood and even off the grid,” exclaims Sobon. “People are already lining up for next year on a much grander scale, expanding the number of neighborhoods and the numbers of walls to be painted.”

Stay tuned for our local artist spotlight in the second part of our Sacramento Mural Festival series coming mid-August!…and while you’re out enjoying the festival, get social, and share your mural pictures with us by using the hashtag #Sacramento365!

Learn more about the first Sacramento Mural Festival cohorts below: 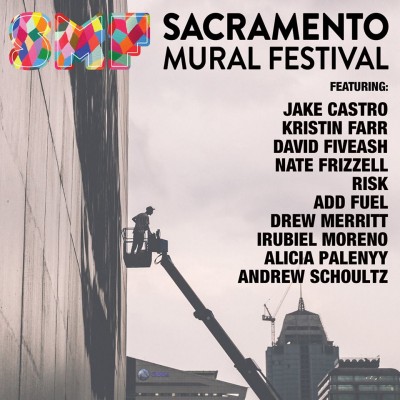