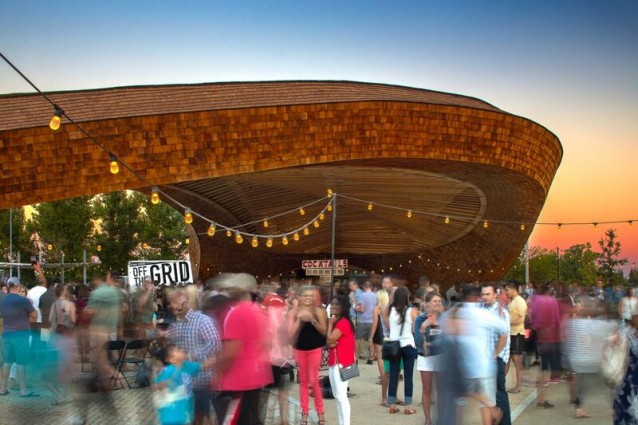 A Celebration for In the Sac!

In mid-August, we made it a night at The Barn in West Sacramento for the official launch party for in the Sac App, an innovative app to help both Sacramento residents and visitors better…

In mid-August, we made it a night at The Barn in West Sacramento for the official launch party for in the Sac App, an innovative app to help both Sacramento residents and visitors better explore the local farm-to-fork restaurants, bars, coffee, public art, and events from Midtown to West Sacramento.

The free app, which soft launched earlier this year in the Apple Store has already reached over 1,000 downloads. In August, it became available for Andriod users.

The concept for the app came about a little over two years ago during an interactive Metro EDGE Forum about how young professionals in our region can help contribute to the Next Economy. Jessica Kriegel, Senior Organization Development Consultant at Oracle, was the one to present her group’s idea, which was creating an app that better connects our grid and highlights the beloved local favorites and hidden gems sprinkled all over our city.

Many in the room were intrigued by this concept, but fellow Metro EDGE member Eric McIntosh made it a point to continue this conversation and help find a way to turn it into a reality.

What these two newfound business partners and downtown residents understood is that the core of our city consists of many vibrant communities. As Kriegel describes, “there are incredibly cool pockets of Sacramento all over the grid. The R Street corridor, Broadway, the Kay, 16th Street, the Handle District, Oak Park, Old Sac, and it is spreading outward to West Sacramento, thanks to the architectural masterpiece, The Barn.”

However, they recognized there is one thing that is still missing, and that is connectivity.

According to McIntosh, “this project has always been personal for me. I moved to downtown after living in the Sacramento suburbs all of my life and I was surprised at how unfamiliar I was with the area. It was difficult for me to figure out where the local hot spots were located at especially because downtown/midtown Sacramento is fairly spread out.”

Local businesses and organizations seemed to agree, as in the Sac, with its catchy, tongue-in-cheek name garnered support from Visit Sacramento, Greater Sacramento, Yellow Cab Sacramento (Curb), Fulcrum Property, Downtown Sacramento Partnership, Midtown Business Association, WALKSacramento, Cada Properties, Sacramento365, Nehemiah Real Estate, Inside Publications, and Davies Imaging Group. In the Sac provided these businesses and organizations an opportunity to collaborate, because while they all serve a different industry or purpose, they share a primary goal of working to create the best possible experience for Sacramento residents and visitors.

For Kriegel and McIntosh, it was critical that this app for Sacramento be developed locally, so the team hired Rocket Department, a local start-up based out of the Urban Hive in Midtown. The team of five became incorporated after winning Hacker Lab’s Hack-a-thon and since then have been able to add the likes of the Sacramento Kings and Sacramento Hashtag Project to their client portfolio.

Make it a Night in the Sac!

Sacramento365 is the proud events partner for the app! We are thrilled with our partnership because the app wonderfully compliments Sacramento365’s monthly “Make it a Night” campaign, which highlights the local arts scene, restaurants, bars, and hotels. 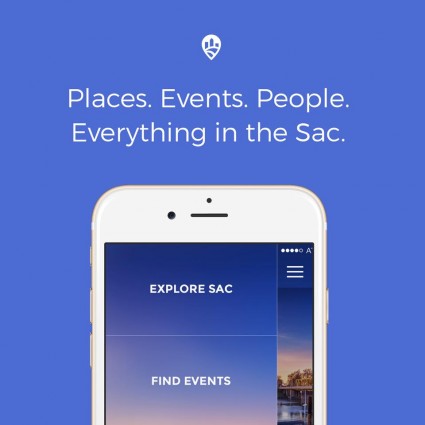 Our region is in the midst of a renaissance with the opening of Golden 1 Center less than two months away, the flourishing farm-to-fork movement, and the ever-evolving and vibrant arts scene. Sacramento is on the map and no longer just seen as the Capital of California. It has become far more than a beautiful and entertaining destination to visit, but an even better place to call home. People want to indulge in our food, beer, and award-winning cocktails. They want to experience our “scene” – from the music and art-filled block parties that take over the streets on the first Fridays or second Saturdays every month, to the abundance of festivals, to the spectacular and unique productions put on by the likes of the Sacramento Ballet, the Sacramento Philharmonic and Opera, B Street Theatre, among many others.

In a city that takes so much pride in keeping it local, in the Sac is a resource that celebrates our pride and allows people to better connect with and discover or even rediscover the best places to eat, cocktails and coffee to drink, and the unique and authentic qualities that make up the core of our city.

Connect With In the Sac