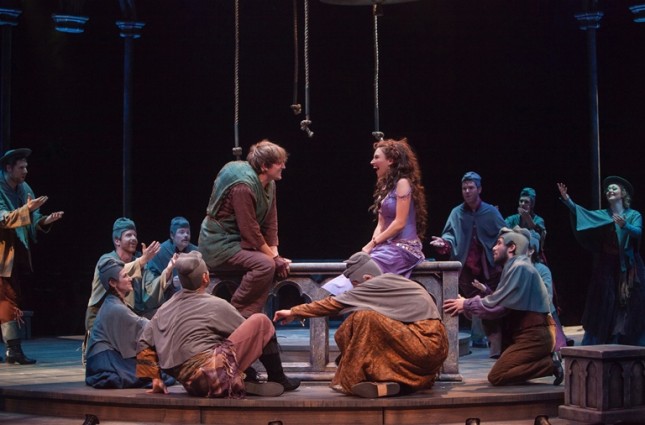 Photo by Kevin Graft. While I love Sacramento’s Music Circus and have great confidence in their ability to make any production memorable, initially I wasn’t quite sure how to feel about their final production of…

While I love Sacramento’s Music Circus and have great confidence in their ability to make any production memorable, initially I wasn’t quite sure how to feel about their final production of the season, The Hunchback of Notre Dame. Why do you ask? Well, to start with, Victor Hugo’s French Gothic novel set in Paris in 1482 is a dark, tragic love story. So, I knew there wasn’t going to be a happy ending. I also had a hard time imagining the musical production as anything other than the not-quite-accurate animated version produced several years ago. But boy was I in for a surprise!

I came away from the opening night performance with one simple word rolling around in my mind: Wow. Just, wow. First, Wells Fargo Pavilion’s theater in the round was the perfect setting for this production. The main stage made for the ideal bell tower, tavern, and even streets of Paris. Doorways and aisles throughout the theater were used in a way that extended the audience experience, giving the illusion that each of us was right there sharing in Quasimodo’s experiences — feeling his fear, pain, beginnings of love and in the end, confidence, and strength. 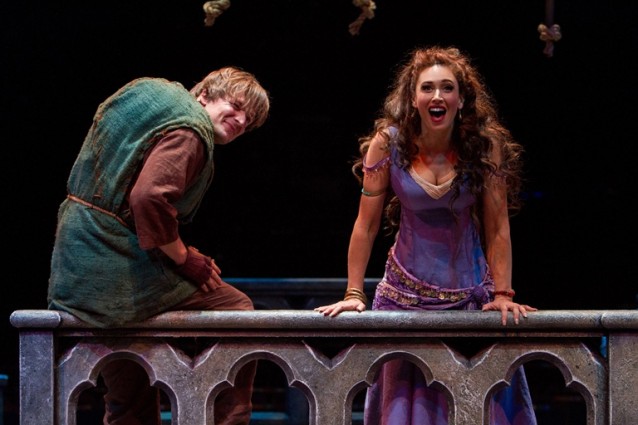 Quasimodo, the hunchback of Notre Dame was, for the first time ever, played by a deaf actor. John McGinty brought an authenticity to the lead role that no one else could have through his speech and use of sign language. In case you are wondering, McGinty didn’t sing — fellow actor Jim Hogan made his Music Circus debut as the voice of Quasimodo — and it seemed perfectly natural to have him in Quasimodo’s shadow as if he was his alter ego, relaying thoughts and feelings to the audience.

Esmerelda, gypsy woman and love interest of pretty much every man in the story was played flawlessly by the talented Lesli Margherita who you may have seen in recent Music Circus productions of Man of La Mancha, Spamalot, and Grease. I really can’t imagine anyone more perfect for the role.

Performances from other main characters — Dom Claude Frollo, the Archdeacon of Notre Dame and the story’s main antagonist played by Mark Jacoby, and Captain Phoebus de Martin, Esmerelda’s love interest played by Eric Kunze — were just as impressive as Margherita and McGinty. 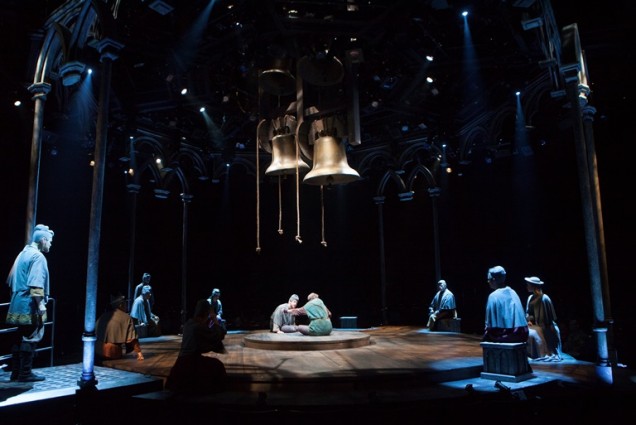 The combination of excellent actors, an impressive gothic setting, and a 19-member choir of Sacramento State University faculty, students, and alumni made for a truly unique, heartbreaking, yet triumphant production of Victor Hugo’s The Hunchback of Notre Dame.