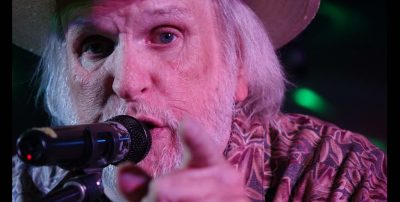 NOTE: If you had purchased tickets for the original date, your tickets have been moved to this new date and are still valid.

Music fans in Northern California probably know Mick Martin for his 30 years as the host/producer of "The Blues Party" on Capital Public Radio and the leader of Mick Martin & the Blues Rockers for over 40 years. As Bill Champlin (from the band Chicago) has said, "There are harmonica players who play music and musicians who play harmonica. Mick is in the latter category."

An award-winning harmonica player and singer-songwriter who has toured the U.S., Canada, England, Italy and Belgium, Martin's accomplishments include over 20 CDs (four in Europe), performing with jazz organist Jimmy Smith at Carnegie Hall's "Blues in Jazz" event and topping his 17-year association as lead singer and harp player with guitar innovator Harvey Mandel (Canned Heat) at West-Fest, the 40th anniversary of Woodstock. Martin has also played with Freddie King, Elvin Bishop, Bo Diddley, Mick Taylor, John Mayall, Tommy Castro, Savoy Brown's Kim Simmonds and many others. For the Mick Martin Big Blues Band, he has assembled a group of accomplished musicians with pedigrees as impressive as his own: Danny Sandoval (saxophone), Andrew Little (guitar), Aj Joyce (bass), Ralph E. Davies (trombone/arranger), Mike Caselli (Hammond organ/piano) and Jim Caselli (drums). All of these men have played and recorded with a list of world-famous artists. According to Martin, "This is my dream band; a group of gifted musicians I have long admired and never thought I would be able to assemble into a band. And, man, do we have a great time when we play." So does the audience.