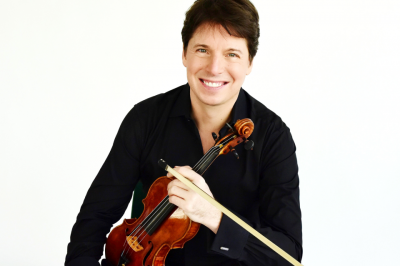 With a career spanning almost four decades, violinist Joshua Bell is one of the most celebrated artists of his era. His Mondavi Center appearances, both in recital and as conductor and music director of the Academy of St Martin in the Fields, have been hallmarks of each season. Alongside his Grammy-winning music career, Bell is a restless innovator: see his Summer 2020 At Home with Music special produced entirely in lockdown, his creation of the Joshua Bell VR experience with Sony, and the Joshua Bell Virtual Violin, a sampler created for producers, engineers, artists, and composers. But it is the concert experience where Bell shines. His return promises to be another in long line of breathtaking performances from a musician working at the peak of his prodigious powers.