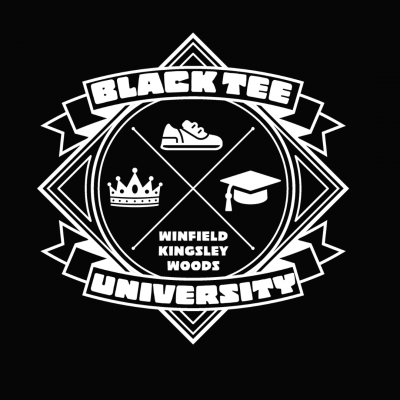 Black Tee University is one of the fastest growing podcasts to emerge on the scene. The three members individually are exploding in movie, sketch and social media. Collectively, you get three unique points of view that can expand on topical subjects, personal life but most importantly what you get is an experience. Your members:

Mike E. Winfield most famously known from his two hour specials and appearances on NBC’s The Office has been steadily sharing his dark struggles of parenting and marriage, carving out a path for himself as one our greatest storytellers.

Lance Woods is one of the hottest, most sought after young comedians working today! His high-energy style, unique storytelling ability and clever punchlines give him universal appeal. He has performed at some of the top venues across the country as well as for the U.S. Marine Corp troops in Japan but may be most recognized locally for his work with the Sacramento Kings. Lance Woods is truly a comic to watch!

BT Kingsley is making his presence and versatile talents known on both big and small screens and on comedy stages from Hollywood to NYC, from Europe to the Middle East, to the Far East. After numerous television appearances, including Kevin Hart’s Hart of the City the previous year, Kingsley was awarded his first TV stand-up special, Next Level. Both were on Comedy Central and produced by Hart.