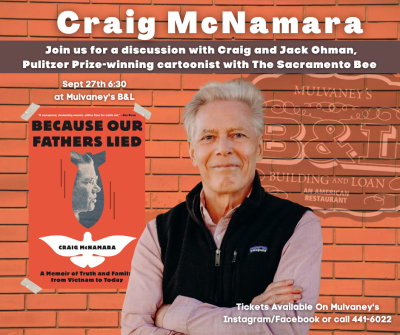 Because Our Fathers Lied: A Conversation with Craig McNamara

Robert McNamara was president of the Ford Motor Company, head of the World Bank, U.S. Secretary of Defense and widely considered to be the architect of the Vietnam War. He was also a father. In his new book, Because Our Fathers Lied, Craig McNamara, now a leader in California Agriculture, depicts their strained, yet love-filled, relationship  exploring the wall that existed between them as a result of Craig’s deep opposition to the Vietnam War.

Enjoy a conversation with him about what it means to carve out his own legacy and how he contends with his father’s actions today.