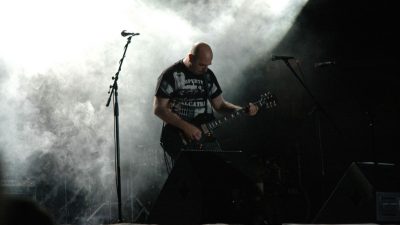 The EP was soon in heavy rotation around the core metal radio stations, starting a new breed in Heavy Metal with their unique sound. Mercyful Fate signed a new deal with Roadrunner Records in 1983 to make their first full length album Melissa, recorded and released that same year. In 1984 the band went back into the studio to record their legendary album Don’t Break The Oath, released on September 7th 1984.