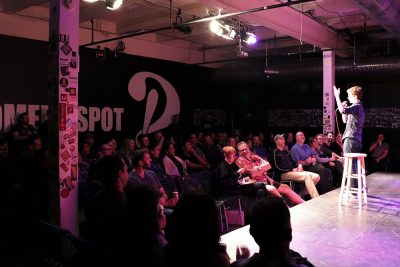 Sacramento Comedy Foundation is a 501(c)3 non-profit corporation (47-3441374). In addition to operating Sacramento Comedy Spot, the foundation supports the local comedy community and partners with other local charities to help them raise money through comedy show fundraisers. The foundation operates a youth improv program that provides training for kids, giving them an opportunity to develop confidence and be creative in a safe and supportive environment. The foundation also creates comedy-related events, like the Sacramento Stand-Up Competition and Sacramento Comedy Festival, that draw comedians and comedy fans to Sacramento.

This venue available for rent :